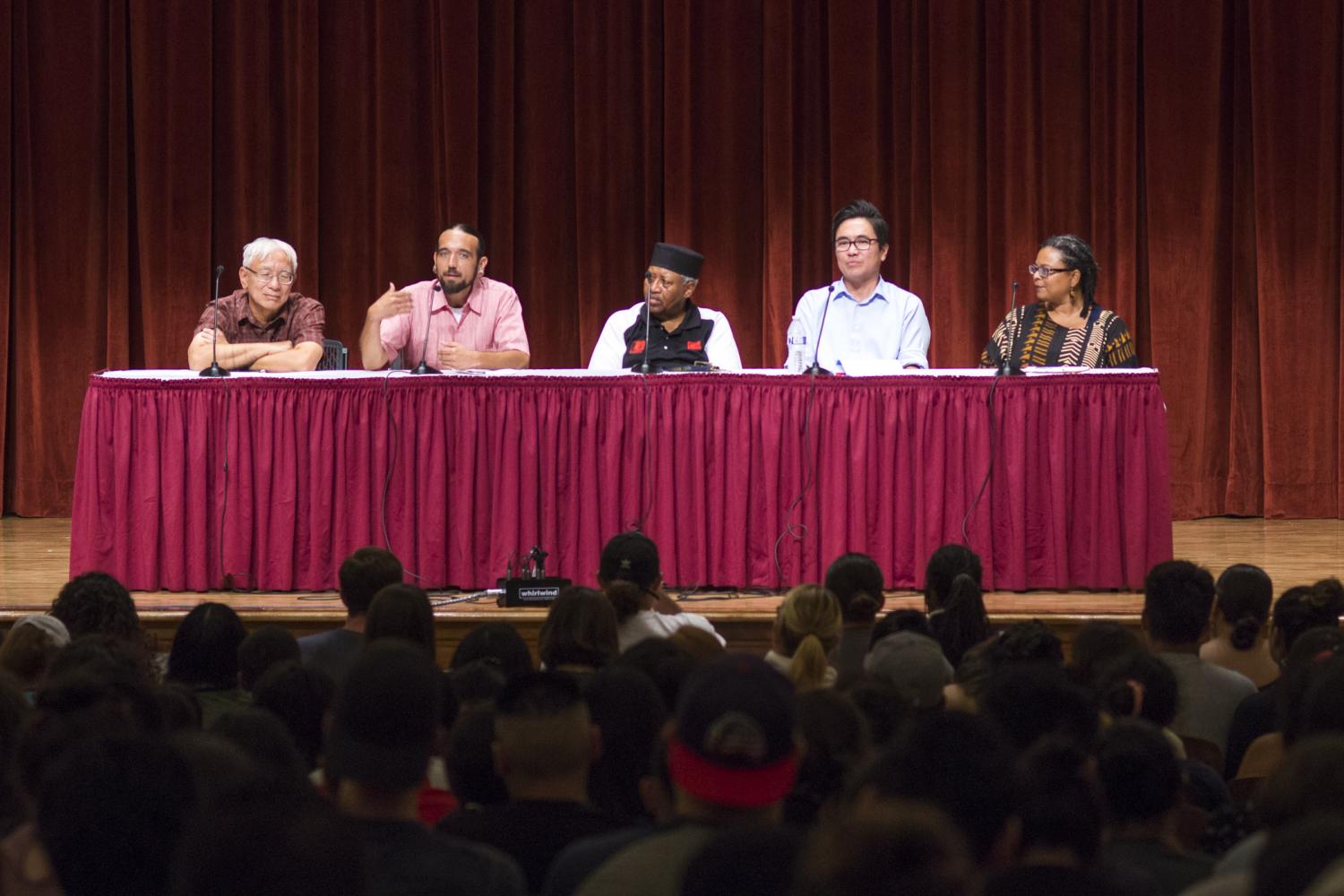 A panel discussion on white supremacy, the events that transpired in Charlottesville, Va., and the Alt-right was held in the Old Administration Building Auditorium at Fresno City College on Aug. 30.

The panel was moderated by history instructor Paul Gilmore, who opened by stating “We’re gathered here for not a pretty reason, but a very important one,” and suggesting that racism and white supremacy is more deeply ingrained in America than one might think.

The first topic of discussion for the panelists was how racism has personally affected their lives.

Kirk explained how generations before her who fought against oppression made her experience growing up a pleasant one.

“The term ‘color-blind society’ became a bit of a joke on us,” said Kirk. “By not seeing color that means you’re free to not see any of the oppression that people of color had to go through.”

Kirk continued to say that these increased issues of race and white supremacy were not new or surprising, stating that “racism is this country’s original sin.”

The second topic of discussion was that despite the ugliness of current situations, some say it’s evidence that things are improving in America.

“The problem is that with this message of hate is you sell out people who ARE mentally imbalanced,” said Cho, regarding the events in Charlottesville. “Anyone who drives a car into a crowd of people is sane. And well, how’s law gonna handle it? He’s innocent by insanity? I say kill him!”

“Think about who you sympathize with, and why? In mainstream America, who garners the sympathy?” Herrick asked the audience. “Typically it’s white families, who, for whatever reason, can get on ‘The Today Show.’ … But there are plenty of people who are victims of crime, people of color, LGBTQ, whose sympathy we never really think about on that level.”

Kirk likened the uprising of white supremacy to ‘a negative renaissance.”

“You don’t see Klu Klux Klan members in robes or masks anymore, it seems they aren’t even necessary,” said Kirk. “The cloak of white privilege allows the man to say such hateful things and then say ‘Oh I’m just kidding.’ That’s not an excuse.”

Kirk added,  “When you stop fighting oppression, you become oppressed.”

Espinoza-Watson added that for a person to drop ties to their ethnic background, whether it be German, Irish, or other descent, and instead categorize themselves as “white” means “they’re better than black people.”

Though the discussion was only scheduled to be 75 minutes, many of the audience members chose to stay past the allotted time to listen to the panelists’ answers to questions from the audience.

The topic of Confederate statues prompted event organizer Bernard Navarro to chime in.

“When I see the these statues and monuments and I see people worshipping them as idols,” said Navarro,  “all it tells me is that this country hasn’t taken one step in the right direction.”