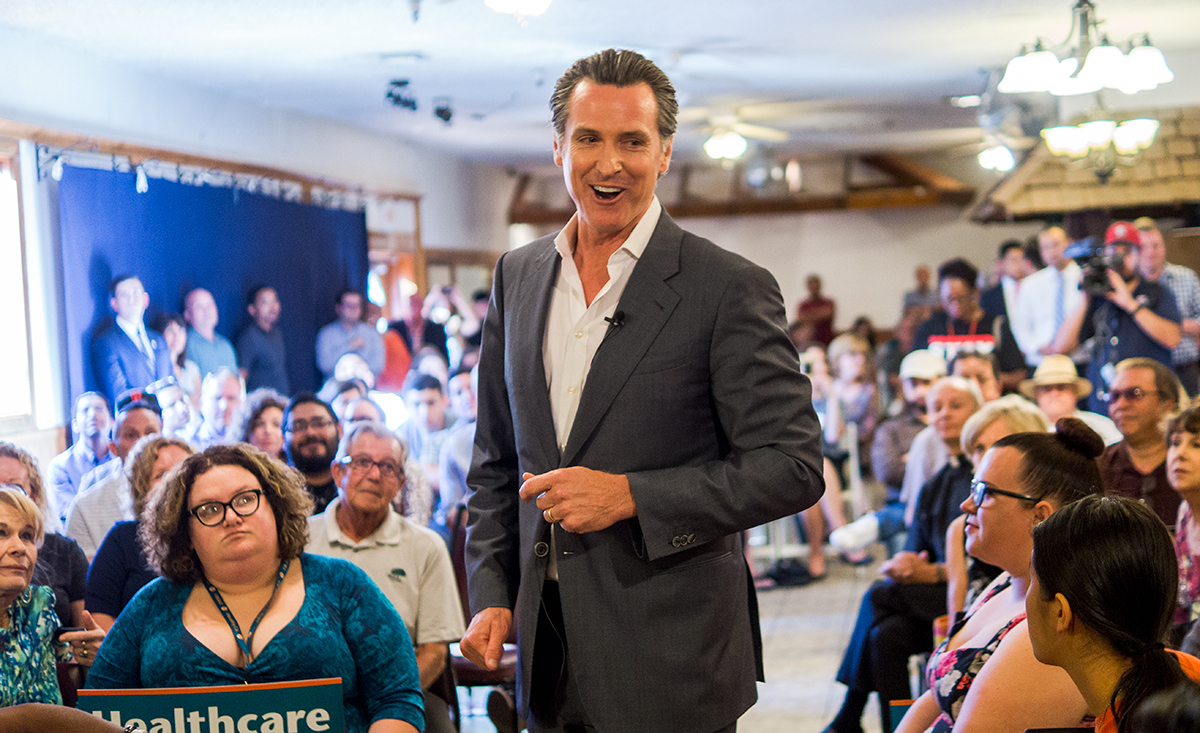 Lt. Gov. Gavin Newsom makes his opening statement during his campaign stop for California governor at Tuolumne Hall in downtown Fresno on Aug. 15, 2017.

Lt. Gov. Gavin Newsom made a stop in downtown Fresno in his campaign through the Central Valley to gain support for his 2018 bid for governor at Tuolumne Hall on Aug. 15.

Opting to pace up and down the aisle and speak directly to the audience instead of through a mic, Newsom started the discussion by addressing the violence in Charlottesville, Virginia, and criticized Trump’s comments on counter-protesters.

“That kind of bigotry, that kind of hatred, people that stoke that kind of fear — these aren’t dog whistles. These are racial provocateurs,” Newsom told the audience, bringing applause. “They have no place in America, let alone in this state.”

Newsom reminded the audience of his past work such as bringing universal health care to San Francisco, his work on helping the homeless, helping expand educational opportunities, and his endorsement of cannabis legalization.

Newsom has been a leading progressive voice in California for some time and made national headlines in 2004 when, as San Francisco’s mayor, he directed the city-county clerk to issue marriage licenses to same-sex couples. Though the licenses were later voided, the case was taken to the California Supreme Court– which legalized same-sex marriage.

Noel Pacheco, a 26-year-old engineer living in Fresno and working on the California High-Speed Rail, said he has been a long time supporter of Newsom because of his dedication to LGBT rights, universal health care, and marijuana legalization.

“Eight years ago he had to step down from his campaign for governor because he was thought of as too progressive,” said Pacheco. “I think that shows that he has these stances, even if they’re unpopular and he’s had many of these stances for a long time now, even if it costs him. I admire that.”

Michael Evans, Chair of the Fresno County Democratic Party, said that he doesn’t take a position in a primary with democrats running against democrats, but is impressed by Newsom’s track record.

“He has a strong record of supporting progressive values, standing up for what he believes in, and delivering on innovative ideas,” said Evans. “He would definitely bring the kind of leadership that could bring California forward.”

Newsom said that the next stops for his campaign are Stockton and Bakersfield.