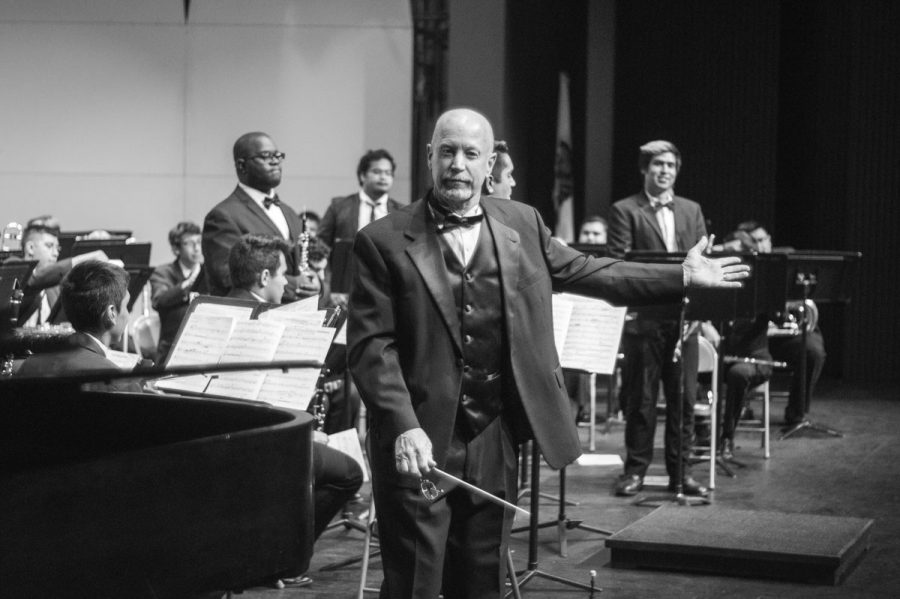 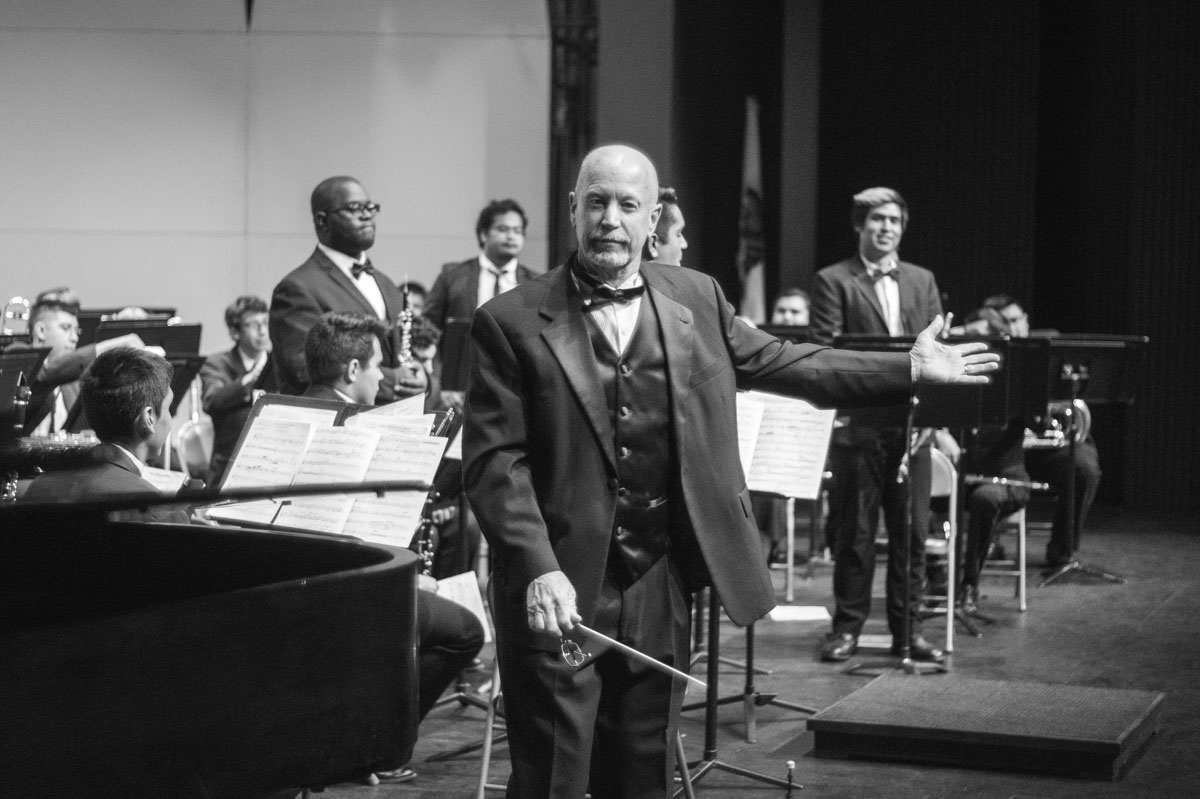 When Dale Engstrom raises his baton on Dec. 7 for his final performance at Fresno City College, he will be leaving behind a 14-year legacy at FCC.

The director of bands will conduct the FCC Wind Ensemble in his final performance before retiring.

Engstrom describes the cumulation of his last few weeks at FCC as bittersweet. “I’m going to miss the kids and miss doing everything,” he says.

Growing up as the child of two music teachers in Kingsburg, music was always in the cards for Engstrom. He attended Kingsburg High School and played in the school band. “I was one of the few students who knew what they wanted to do,” he says.

He would eventually land his dream gig of Kingsburg High School music teacher after graduating from Fresno State in 1977 with a bachelor’s degree in music education.

Engstrom stayed at Kingsburg High for 17 years where he taught band and choir. Engstrom earned his master’s degree in music performance in 1993 from Fresno State.

During his time at Kingsburg High, we was asked to come teach at FCC, and he accepted the offer. Teaching has stayed in the family, with his daughter Katie working as an international music teacher in Switzerland and his son working as a fifth grade teacher and instructing a communications class at FCC.

Engstrom has also taught music at Fresno State, Reedley College and high schools in Tulare and Selma, in addition to directing the choir in the Kingsburg Community Church.

Engstrom’s grandfather played in the Kingsburg Community Concert Band, and his father directed the band until he passed it onto Engstrom when he was 21. Both Engstrom’s children have played in it as well. This summer will be his 40th year conducting the band, which is a big family tradition, he says.

Engstrom says working with well-known artists is always great. Red Skelton, an entertainer who hosted a variety show from the 30s to the 70s, was someone who especially stood out to him because Engstrom’s parents watched his show. “Red Skelton was the nicest man,” Engstrom recalls of the now-deceased entertainer.

Engstrom is also familiar with conducting local honor bands, which is where Jesse Altamirano, a clarinet player in the wind ensemble, met him. Altamirano was part of the Fresno/Madera High School Honor Band in seventh grade when Engstrom directed it.

“He’s actually the reason I wanted to come to Fresno City and do music,” Altamirano, who has been in the FCC band for three years, says of Engstrom. “He’s passionate about what he does, active and animated and knows how to get us motivated.”

Altamirano has followed Engstrom on trips to Stockton, Disneyland and the San Francisco Symphony.

He also describes Engstrom’s departure as bittersweet. “I’m happy for him, but it’s kind of sad to see a good teacher go,” he says.

Anthony Arias, who plays the clarinet and saxophone, has played with Engstrom since 2013 and says he enjoys Engstrom’s calm temperament. He will be sad to see him go. “It’s the end of an era,” Arias says.

Both Arias and Altamirano are excited for the performance.

“He’s pulled out all the stops for this performance,” says Altamirano. “It’s going to be a really big show. He’s pulled all of his favorite pieces that are hard, fast-paced, energetic, and it takes a really good group of people to play at the level he’s requiring for these pieces.”

He says it’s the best group of students they’ve had and they are eager to show Engstrom they can send him out with a bang. “Everyone just really wants to put on a good show for him.”

Upon moving to Switzerland, Engstrom and his wife, Lucretia, will begin their bucket list, which he says includes a lot of traveling. ”I’m a big believer in traveling,” he says, adding that some of his favorite memories at FCC include traveling with the band.

Although Engstrom may not have figured out birthday plans yet, he knows that when he retires he will get to spend more time with his wife, kids and two grandchildren.

He also wants to golf more. “I’m going to lower my handicap,” he says, smiling.

During his last semester, Engstrom is teaching concert band, brass ensemble, music fundamentals and convocation. He is not sure who’s replacing him next semester, but he knows it will be an interim while a permanent instructor is sought.

Reflecting on his career, Engstrom has nothing but great memories and he maintains that his colleagues are a reason his career has been so fulfilling.

“One of the best parts about teaching here is all the great people I work with,” Engstrom says. “That’s why I’m featuring all of them in my last concert.”

The Wind Ensemble Concert takes place in the FCC Theatre on Dec. 7 at 7:30 p.m. Tickets are $8 for general admission and $6 for students, staff and seniors.

Engstrom is excited about the show and looking forward to featuring each instructor in his or own piece on stage.

He says, “I’ve always wanted to do it, and I’m going to do it at my very last concert.”