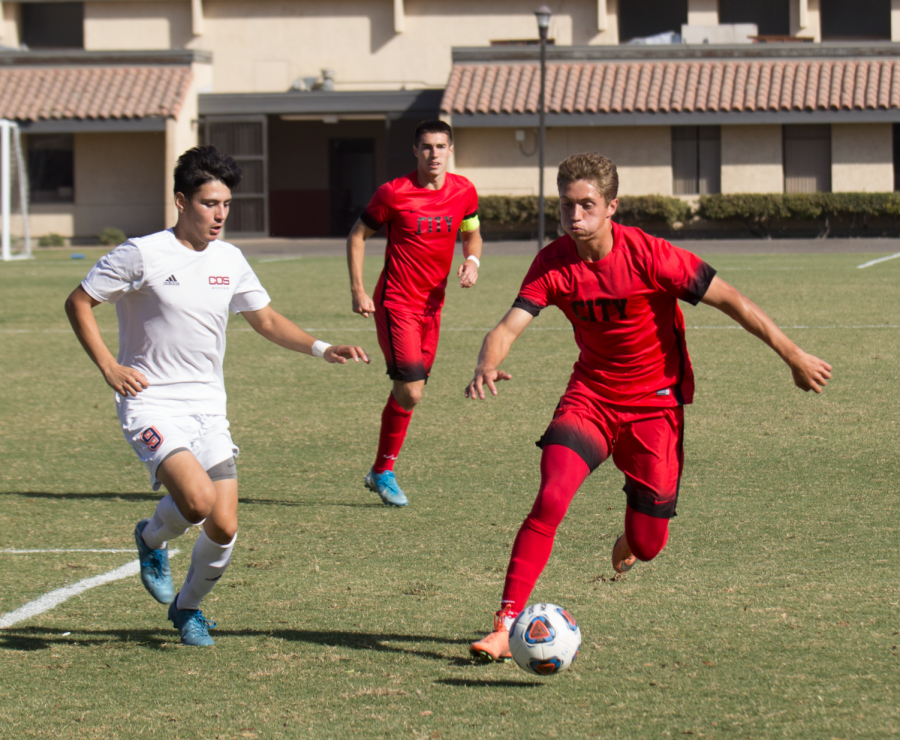 The Fresno City College men’s soccer team remain undefeated after their 1-0 win over the College of the Sequoias on Tuesday, Oct. 29. The win improved their record to 12-0-5 in the regular season and 4-0 in conference matches this year.

Although the win tallied another towards both records, the Rams’ performance on Tuesday was arguably one of their worst this season in terms of making smart decisions, controlling the game and executing on opportunities.

Coming into Tuesday, COS had a record of 4-9-2 while FCC stood tall at 11-0-5, so viewers expected a much different outcome than the 1-0 result.

The only goal of the day was put in with seconds left in the first half, when freshman forward Michael Gonzalez headered in a goal to put the Rams up 1-0. Freshman midfielder Melvin Benitez received an assist on the play.

The remaining minutes in the match were characterized by loose balls, missed passes, lost possessions and by the end, low effort. When the final whistle blew, the Rams left the pitch with looks of disgust.

“I thought we were awful for 90 minutes,” said head coach Eric Solberg. He added that Tuesday’s performance was one of the most disappointing he’s seen in his 21 years, in terms of mental mistakes and touches on the ball.

“We’ve got to come ready to play, which the team seems to do well. That’s the most puzzling part of a game like today,” said Solberg.

“I look up and I feel like we’re running around, we’re playing hard, but it’s just the decision making. I don’t get how we can go from game to game like that. I don’t understand it,” he said.

The Rams’ last outing was a dominant 3-0 win against Folsom Lake College, a polar opposite of their performance against COS. That victory was guided by team captain Eduardo Segura, who serves as the team’s “engine”.

However, his influence was held off the pitch against COS, as he was being rested to help his recovery from a lingering bone contusion in his right foot.

Accompanying him on the bench Tuesday were other players who Solberg thinks deserved more time, but were left to sit and watch the eyesore of a match.

“When you’re moving into the playoffs and you play a game like this, you’re season’s over,” said Solberg. “The question is: When we play the next game, are we going to be back to this?”

The Rams will have their answer on Friday, Nov. 1 when they play at Clovis Community College before returning home to take on West Hills College Lemoore on Tuesday, Nov. 5 at 1 p.m.