Shyamalan Goes Back to Basics with ‘Split’ 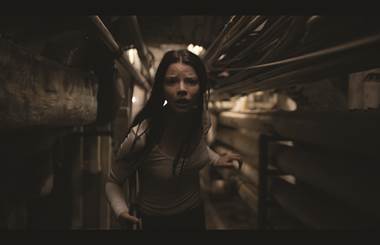 After an 11-year hiatus from making any enjoyable films, writer and director M. Night Shyamalan is back to making decent movies.

“The Visit” (2015) and “Split” have garnered a more favorable reception from critics and audiences, and it’s good to see Shyamalan returning to the suspense that made films like “The Sixth Sense” (1999) and “Unbreakable”(2000) so successful.

James McAvoy (X-Men: First Class) stars as a man suffering from Dissociative Identity Disorder; a mental disorder characterized by at least two distinct identities showing in a person’s behavior and accompanied by memory impairment of important information. Anya Taylor-Joy (The Witch) stars as Casey, one of the kidnapped girls. Haley Lu Richardson and Jessica Sula star as Claire and Marcia, the other two kidnapped girls.

McAvoy’s character has 23 distinct identities which are referred to as “The Horde”, and one of these identities, Dennis, has kidnapped three teenage girls and is keeping them captive so they can be sacrificed to a monster that he calls “The Beast.”

McAvoy switches back and forth between personalities flawlessly, and watching him portray several different characters is what drives this film. He plays a gay fashion designer made up to hide Dennis from his psychiatrist, a 9-year-old boy named Hedwig, and a kind female personality named Patricia. McAvoy put a lot of energy into playing multiple-roles and it is fun watching him jump back and forth between characters.

There is a lot of suspense in wondering what will happen to the girls and even though the film focuses on Taylor-Joy, Richardson and Sula do a good job of playing two terrified girls and we do root and worry for them.

There are some disturbing flashback scenes of Casey when she was a little girl and though they are supposed to provide some back story, they seem be randomly interjected.

Pressure builds up on the Horde, and the Beast arrives and terror ensues. There are some particularly violent scenes and the last half of the film is suspenseful and gripping.

Of course the film gets a classic Shyamalan twist, but it might go over the heads of people not familiar with his previous films, and the twist may be an effort to set up a sequel.

Stories about multiple personalities have been tried and done and there are different aspects that are explored, but some parts of the film really drag on. There are some awkward close up shots of people’s faces that are distracting, but the film does have some well-shot scenes.

“Split” is a decent film and fans of Shyamalan’s early work will be pleased to see him getting back to what put him on the map in the first place.