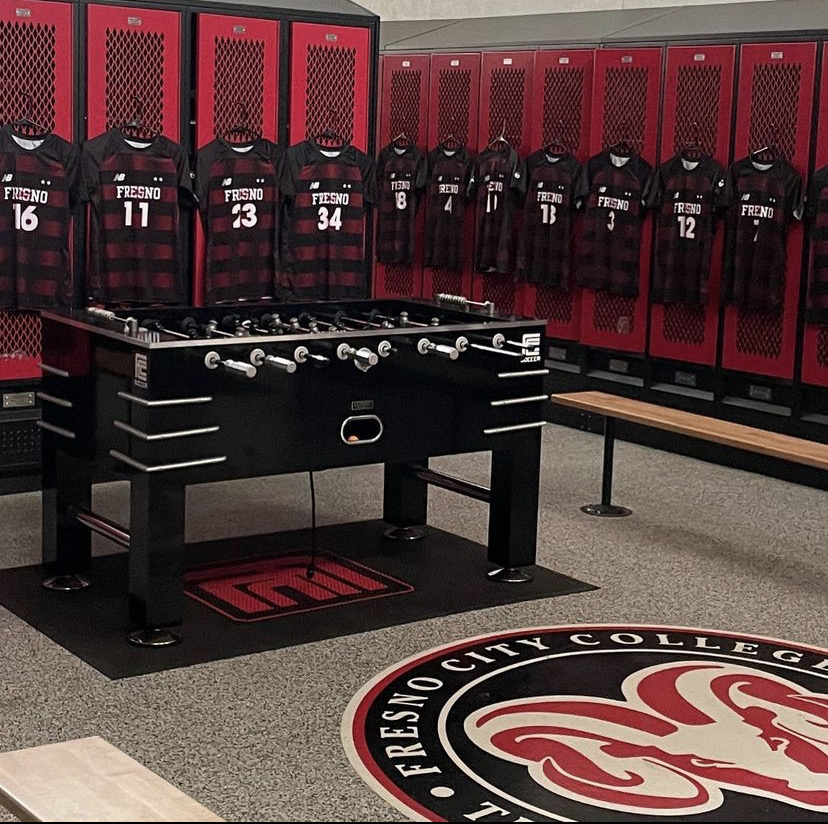 Fresno City College’s women’s and men’s soccer teams just received new locker rooms, making it easier than ever to access all fieldhouse activities, according to coaches.

“Before, my players never even used the locker rooms, because they were in such bad shape,” he said.

According to Germond, the old lockers were unusable as they were too small for players to fit their belongings inside.

The list is short for the things changed in the locker rooms, but the changes are major.

Germond said he was notified about the locker room remodeling a few years ago but is unaware of funding.

In addition, Germond said the film room, a room used to review and analyze in game play using a recording, is now convenient because it is right next to the locker room.

Women’s soccer player, Serena Segura, said she had no idea the team was getting new locker rooms until the first week in summer.

She expressed her relief at the new locker rooms, especially at the fact that each player was able to get their own locker.

According to Germond, the goals of the team are the same every year, which is to try and get to the state championships.

However, he is also always focused on the bigger picture.

“We approach our program like a four year school, so that way our players know what it takes to be successful when they transfer,” he said.

One thing that stands out about the team this year is how new it is since there are only two returning players, according to Germond.

He said though it is challenging, it is also a good thing because it gives him a fresh start.

The team is currently practicing and playing in season. Their next game will be at Santa Barbara on Friday, Sept. 16. at 2 p.m.