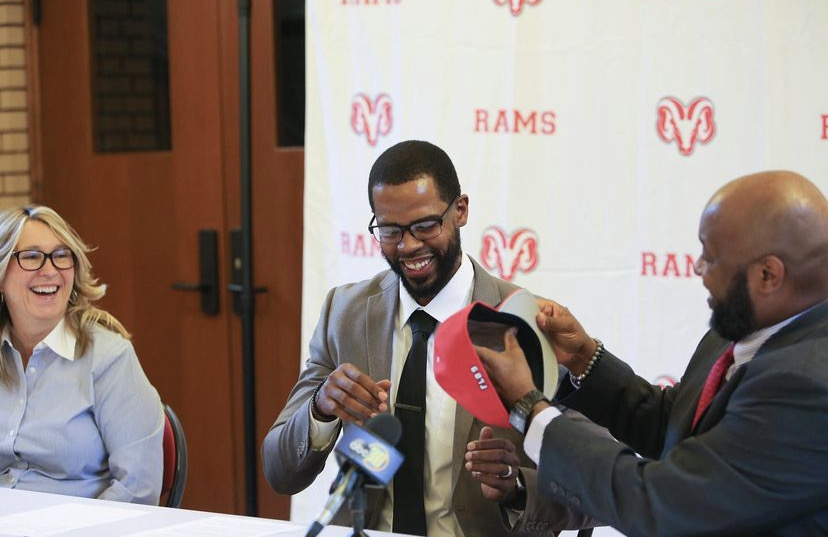 All 21 of the sports programs at Fresno City College are slated to play this year, according to coaches, who said they are fully committed to having a good and safe year.

FCC Athletic Director, Derrick Johnson, said he is excited and ready to have a safe and full sports year.

Students and coaches are also thrilled because last season FCC’s fall sports didn’t get to play.

FCC’s women’s volleyball team will have the first games of the year on Aug. 27. Their full schedule for the season can be found here.

All the sports programs are following safety guidelines and protocols that are forced in order to have a safe year.

Johnson said all the teams are taking precautions by being sanitary and wiping down all equipment.  FCC also makes sure that other teams who come to compete against them follow all protocols as well.

Up to this point, there haven’t been any problems following the rules for the individual sports programs, according to Johnson.

“We have rules and regulations that we have to follow or we can’t compete.  As the athletic director, that decision comes to me.  Last semester some student-athletes weren’t able to get to the testing center that we had on campus and if they don’t make the testing deadline, they don’t play. It’s for everyone’s safety,” Johnson said.

Though the Delta Variant is spreading, Johnson believes everything is under control.

He does think FCC’s athletics is moving in the right direction after dealing with COVID last year and managing it with the minimal outbreak.

In addition to sports seasons being back, FCC Athletics has hired three female coaches.

Hillary Boos is entering her first season as head coach for women’s Swim and Dive and Water Polo at FCC.  She recently coached at Sanger High School, where she won 12 out of the last 17 championships, according to Johnson.

With the water polo season coming up,  Boos wanted to make her impact before the school year started by hosting workouts for the players in the summer.

For this reason, the team practiced over summer with whoever could make it, anywhere from five to eight athletes, according to Boos.

The team’s official practice began on Aug. 9 and the team has been practicing five days a week since.

Boos is fired up for her future as a Ram.

“I’m excited for the growth of the kids and seeing what we could do in one year.  I’m really looking forward to next year to see where we pick up and how we grow from this year,” she said.

Haynes was the head coach at Porterville College since 2013.

When asked about the status of FCC’s basketball team, after last year’s events, Haynes couldn’t speak a lot on the situation but he does know the team faces a two-year ban from the playoffs and 4-year probation in general.

Despite the ban and being on probation, Haynes is delighted about the new start but will have to adjust to the new job.

Haynes said teaching the players about basketball is the easy part.

The hard part is teaching formality to his players, learning about the different teams and his division will be the difficult part but he is confident everything will be fine once he figures that out.

Haynes’ number one goal is to continue the winning tradition at FCC but mainly wants the team to have fun because he feels they sometimes forget about doing that.

Like many other coaches being hired during a pandemic, Haynes has faced some challenges.

Haynes said it has been tough because players still have masks on and many adjusted to not doing anything due to the pandemic.

“My thing is we have to get them to focus to get back to real life, how it was before.  That’s probably the toughest part,” he said.

The men’s basketball team and Haynes are set to begin their season later this year.