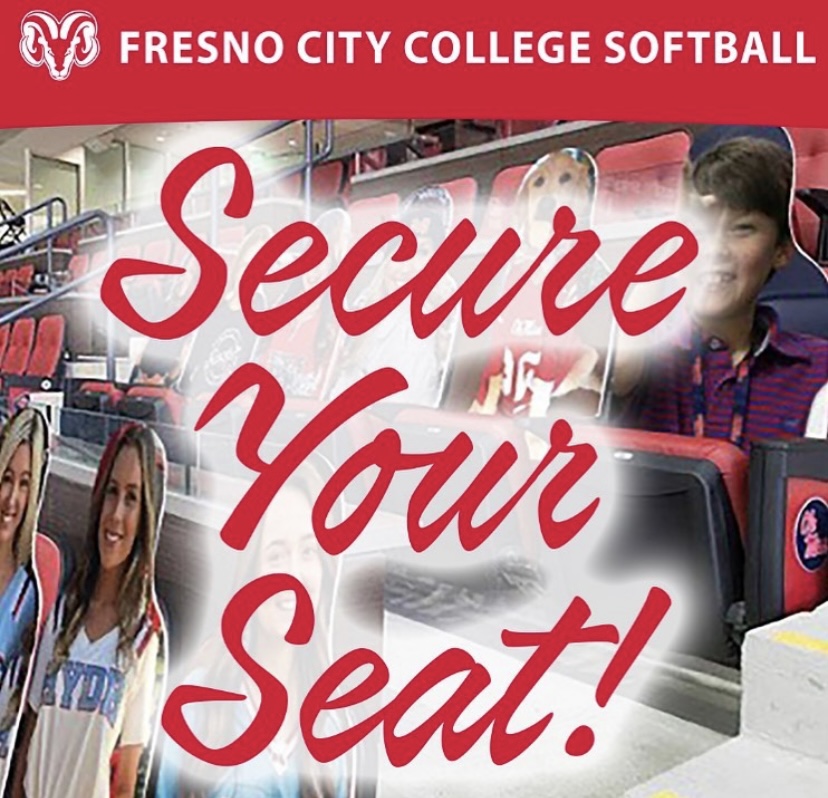 With the upcoming season upon them, Fresno City College’s women’s softball team has created an opportunity for fans, family and friends to support the team, despite no spectators being allowed.

The softball team announced a fundraiser in which fans can purchase a cardboard cutout of themselves that will be displayed during games.

Those who are interested can upload their favorite picture of themselves in FCC gear or colors, become a cardboard cutout in the stands and players will sign a select few of them for the price of $75, according to the team’s fundraiser page.

This is one of many fundraisers the team has had during the pandemic.

The softball team also hosted an online workout fundraiser via Zoom where coaches and players did workouts with fans, family and students.

In February, FCC announced that nine of their athletic teams, including softball, will “opt in” to potentially compete this spring if the COVID-19 situation improves in Fresno County, according to the announcement .

Head coach of the team, Haley Janzer, says the softball team has never had a year off and has been waiting a whole year to compete.

“There was no hesitation to come back and Fresno City is taking it very strict on safety precautions,” she said.

When practicing, Janzer and the softball team have been following  safety precautions such as practicing pitches and swings far away from one another, sanitizing equipment, taking COVID-19 tests and all the while just extra careful.

Francia Sanchez, catcher on the softball team, is one of many players who is excited to return.

She said it feels like it’s been an eternity since they have been back and she is stoked to keep the momentum they had a year ago going.

Sanchez was sad when she found out that her loved ones will not be able to attend games and watch the team put their heart out on the field.

“It makes me a little sad because our ram fans are on fire on the field,” she said.

However, Sanchez says her parents have already purchased a couple cutouts which is a good thing because they are usually busy and are sometimes unable to attend but now they can at least be there in cutout form.