The Nationals Aren’t That Far From the Astros 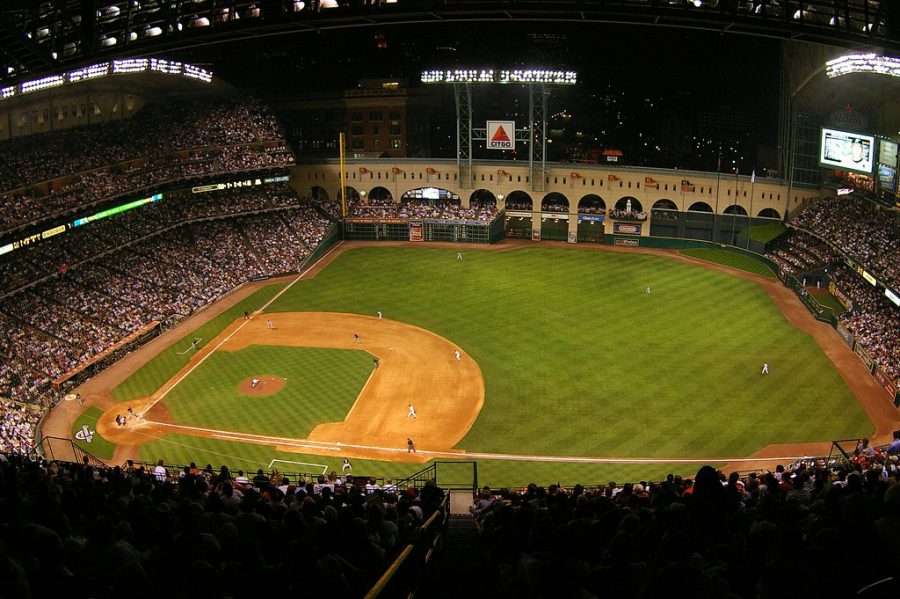 The first game of the World Series kicks off at Minute Maid Park on Oct. 22 2019

The 2019 World Series will kick off on Tuesday, Oct. 22 when the Washington Nationals take on the Houston Astros at Minute Maid Park.

The consensus seems to be that the juggernaut Astros will mop the floor with the underdog Nationals, but the playing field for the two teams is actually even.

While Houston was a favorite to win a ring this year, Washington made a big turn around in May to save their season. Since May 23, the Astros played to an 81-41 record. The Nationals have gone 82-40 since that same date.

Are the Astros really a Goliath? Are the Nationals really a David?

These two teams that played through the postseason with vastly different narratives are more alike than you’d think, and the proof is in their rosters. Everyone’s eyes first go toward the pitching.

Both teams’ top three starters have each made Cy Young award cases at some point in the last two seasons, and both teams’ fourth starter is a classic seasoned veteran that learned to get crafty.

Washington and Houston could also be seeing the last of one of their aces in their respective uniforms.

Gerrit Cole is a free agent this offseason and is expected to be the most valuable player on the market. Stephen Strasburg has a player option that he’s likely to exercise to net an even greater salary with another team. Strasburg and Cole were also both first overall picks in the 2009 and 2011 MLB drafts respectively.

The bullpen options in D.C. and Houston look a little bleak on both ends. Astros closer Roberto Osuna has pitched to a 3.52 ERA in 7.2 innings this postseason, surrendering crucial runs to the Yankees in the ALCS. Shut down reliever Ryan Pressly has put up a 13.50 ERA in 6 games, but only 2.2 innings.

Washington had a bullpen you’d expect from a rebuilding team in the regular season, leading them to send out their top four starters in 56 of 72 innings this postseason. While both teams search for reliable pitching options, they’ve been able to count on production from the hot corner.

Houston’s third baseman Alex Bregman batted .296/.423/.592 with 41 homers, 112 RBIs and 8.5 WAR per Fangraphs. That performance puts him square in the AL MVP conversation next to some guy named Mike Trout.

While both teams have enjoyed their star players’ success, their young sensations aren’t performing to expectations so far this postseason. Houston’s Yordan Alvarez is likely to win AL ROY, but hit just .171/.227/.244 with no homers and poses as an important left-handed bat in their lineup.

Washington’s 20-year-old phenom Juan Soto just hit .237/.326/.421 in October, although he’s showed up in big spots for the Nationals. He hit a bases clearing double in the Wild Card game and the game-tying home run in Game 7 against the Dodgers.

Both organizations have been forbearing with their youth, but their veteran mainstays have shined bright in October. Washington’s franchise player Ryan Zimmerman sat patiently through the rebuilding years and has shined on the stage he waited for his whole career (.290/.313/.484).

Houston’s Jose Altuve waited through the “Lastros” era and is currently enjoying the fruit it’s bore. He hit the walk-off homer against the Yankees to send the Astros to the World Series, completing a .349/.417/.767 batting line with five homers this October.

Altuve’s career has been an unforeseen success, but on the other side of the diamond lies a factor fans of both teams have been waiting to see consistency from.

In 2015, shortstops Carlos Correa and Trea Turner were top prospects for their organizations and made their debuts that year. Correa would win AL ROY for the Astros and Turner had a passable season for a rookie in D.C.

Ever since, both players have shown bright flashes of the stars that they could become but have been hindered by either injuries or inconsistent performance. This leaves their organizations hoping for a spectacular World Series performance that forebodes the future.

While the organizations look to the future in some players, they had to let major contributors go in order to bask in the present.

Last offseason, Houston tried to retain starter Dallas Keuchel, who won the Cy Young award with them in 2015 and a championship ring in 2017. The offer wasn’t enough, and he joined the Atlanta Braves in hopes of nabbing a second ring.

Washington superstar Bryce Harper had rumors swirling around him all of 2018, until he left the National’s 10-year $300 million offer on the table to play with the revamped Philadelphia Phillies for a monster $330 million over 13 seasons.

By the looks of where the Houston Astros and Washington Nationals are at at this time of October, I’m not sure there have many regrets left to hold onto as they enter the biggest stage in baseball.

May the best team win.