The Rampage Online • May 1, 2019 • https://www.therampageonline.com/sports/2019/05/01/with-reedley-win-to-end-conference-its-clear-fcc-has-displayed-improvement/ 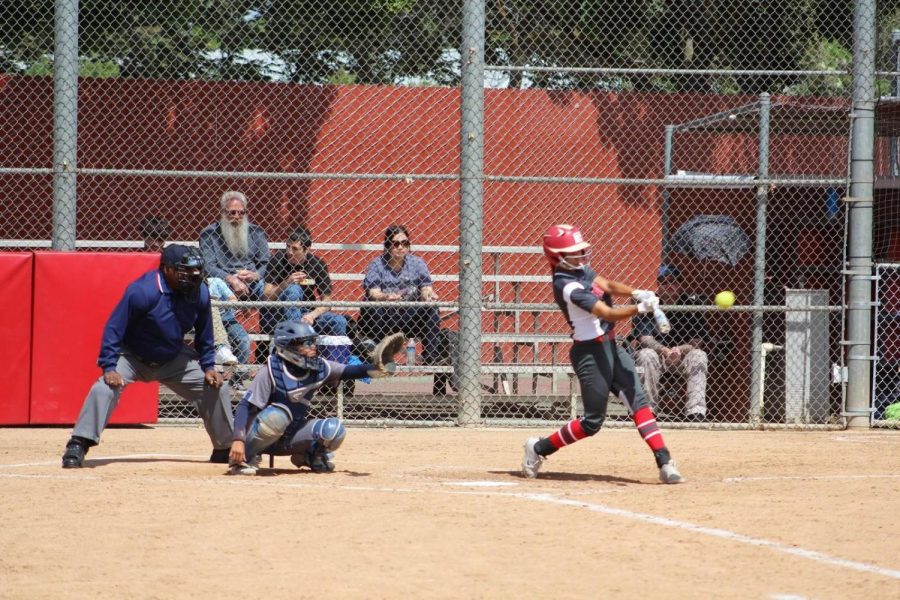 Coming off a three game winning streaking to end conference play, Fresno City softball has shown a lot of improvement as a whole compared to the way they started the season off with four wins and six tough losses.

The Rams have competed against the top 10 RPI teams in Northern California, and through the tough times head coach Rhonda Williams stated that she preached nothing other than positivity and reminding her team that they were matching up against the best teams and that it would only make them better.

“It’s always about getting better and being at your best at the end of the season, because once you get into the playoffs the rest of the season doesn’t matter anymore,” coach Williams said.

Towards the end of the Fall semester, returning freshman pitcher Melanie Morales came across a tough decision to hang up her glove and cleats, catching coach Williams by surprise but also putting her in a tough position as a head coach.

After 23 years of being a collegiate head coach for the Fresno City Women’s softball team, Rhonda Williams had already made the decision that this would be her last season at Fresno City, but what she didn’t have planned was one of her best pitchers quitting on her a few weeks before the season started.

“Coming into the season in January, we had a big question mark on what we were gonna do about pitching,” coach Williams said. “We struggled a little bit, I mean we have a team with a lot of freshmen pitchers but just lacked that experience because none of the girls have played college ball before and at this level, pitching is a little more difficult against some of the conferences best hitters.”

In just the right amount of time, Rhonda was able to have Former Selma High School pitcher, Katie Delgadillo joined the team a few weeks into the season. Delgadillo is also a freshman, but she was attending Reedley College at the time but she was not playing for the college.

When asked about that, Coach Williams said, “that was a huge relief for us to pick up another pitcher mid semester like that.”

The Rams came across a few minor injuries a couple games before going into that last game of the regular season, Reedley College had a 30-9 record and the Rams going into it with a record of 21-17, they beat them 8-6, which lead to the Rams ending the season being the 11th seed going into playoffs.

The Rams are healthy and ready to go into the playoffs with a clear head and a solid game plan.

Coach Williams’ strategy for playoffs is to limit the amount of errors on the defensive side because she knows as well as the stats show how well the Rams’ offense has been throughout the season.

The Rams first game will be matched up against Sierra College for a best of three series, a team that they played against late February in a split double-header at home winning the first game 4-1 but falling in the second 7-1.

“I think that we stack up well against them,” Coach Williams said. “I think we have a good shot to move on.”

With this being Williams last season coaching, she wouldn’t want anything more than to go out with a bang; It would be her first state championship as a head coach if the Rams get into that position in the next few weeks.

Last remarks Coach williams had to say before going into playoffs were, “Let’s make some noise in the playoffs and finish strong. I would love to go out with a bang, and i know the girls would too!”