Men’s Soccer Preview: What to Know About the Rams in 2018 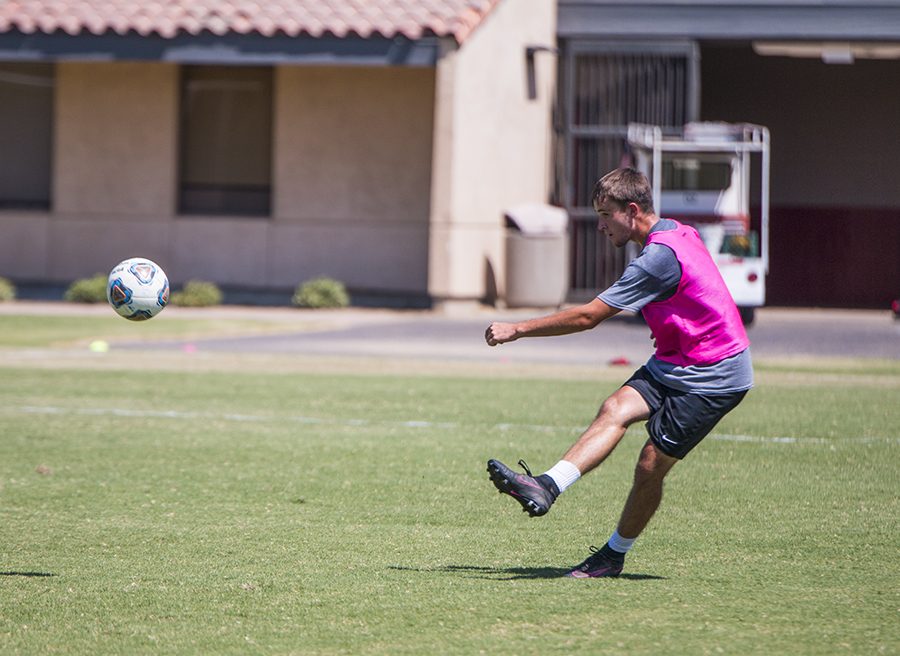 Last season, the Fresno City College men managed to pull away with their first CCCAA state championship with a 2-0 victory over Taft College, bringing home a piece of FCC history. The Rams ended the season with a record of 18-1-6, and two games out of the six were against Taft College.

With a very memorable season behind them, the Rams head coach Eric Solberg, entering his 20th year with the program, hit the recruiting trail hard after losing some of his key pieces that help bring home that title.

“We have a lot of new faces, but even though we have some core sophomores returning we will be missing some of that experience we’ve had off the past couple of years,” Solberg said.

Even with the loss of some extremely good players the Rams have enough great talent on their roter that they can just plug and play in the areas of need, which is the case with championship teams. Coach Solberg  was able to reload a championship roster in order to repeat that success by pulling in over seven incoming freshman and three Brazilian players, bringing his roster to nearly 30 players vying for another state championship.

“Someone asked if we were looking to repeat, but the south has won 16 out of the last 19 state championships, so I’m not going into the season thinking that we are going to repeat,” Solberg said. “The first 5-6 games we will play ‘Who’s who in California’, so we will get tested early.”

The Rams will be competing against the familiar competition going into the 2018 campaign. The Rams have a CCCAA schedule that includes an eighteen game slate which sees each team in each conference plays the other four teams twice with 10 crossover games. The Rams will be competing the Central Valley division, which pits them up against opponents like Clovis Community (Sep. 25), West Hills Lemoore (Sep. 28), Taft College (Oct. 5), College of the Sequoias (Oct. 23), Clovis Community (Oct. 26), West Hills Lemoore (Oct. 30), Taft College (Nov. 6), and College of the Sequoias in the finale of conference play (Nov. 9).

A tough matchup for this year’s team looks to be Taft College who managed to keep the Rams at a clean sheet during their conference meeting last season.