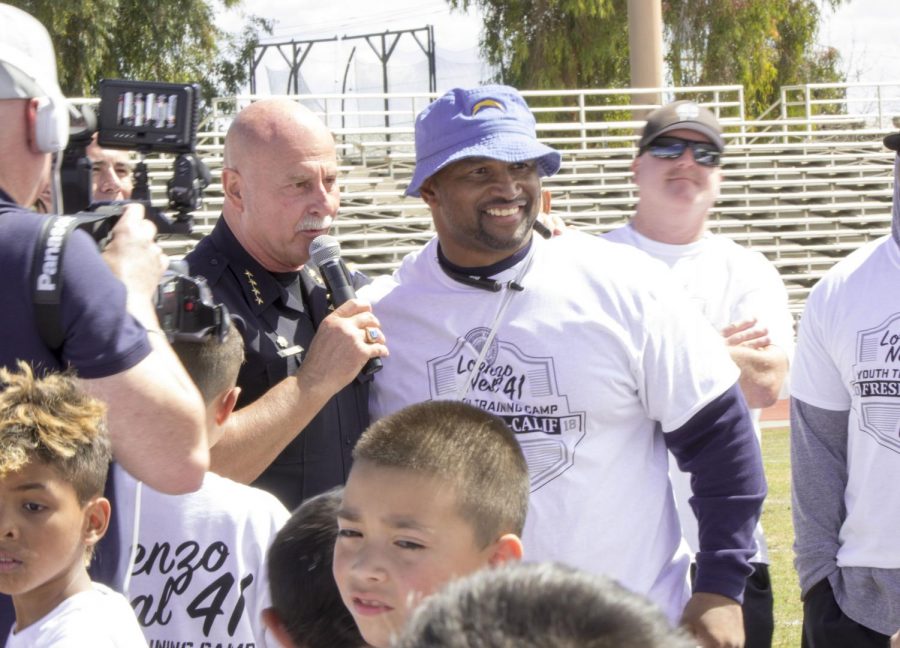 Former NFL fullback Lorenzo Neal and the Fresno Police Department held a youth football camp at Ratcliffe Stadium on March 24 to motivate kids with positive messages about life goals and achieving them through football.

The event started with a speech by Chris Milton, one of Neal’s friends..

“As a young man, you should not walk around with your hands in your pockets,” Milton told the participant. “It’s like going to school without your books and not ready to work.”

About 269 of the 441 children who registered showed up; they did not realize at first that the men coaching them were Fresno police officers.

“Now these young men can play with officers and when they see them in the streets,” Neal said. “They don’t just see them by their color – they’ll know who they are.”

Neal said he wanted the children to focus not on just getting to the NFL, but on CDC — Choices, Decisions and Consequences. Dyer told a personal story about what CDC really means.

The police chief said that at one time, his nephew was on his way to a great college to play the sport he enjoyed, but he made a choice to get into drugs which had consequences, and was not able to attend college.

After Dyer’s speech, a few of the youngsters were rewarded for their behavior, work ethic, and focus during the camp and received some special prizes — Beats headphones, GoPros, and HP laptops donated by the labor union.