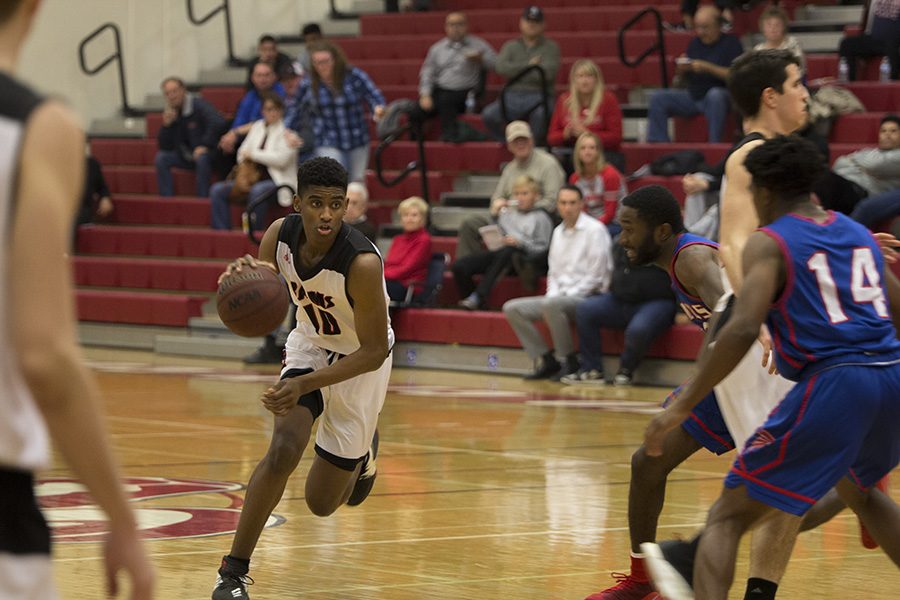 As the second half of the conference begins, the Rams are fighting towards their 17th consecutive Central Valley Conference championship.

The Ram’s were hard at work after a close match with West Hills, Coalinga on Jan.17. Minutes after their win, the Rams headed into the weight room to continue their conditioning.

“You know we have an x on our back,” said Toles-Bey when referencing the 11-game winning streak. “Every team is gunning against us.”

With the ever-increasing pressure surrounding the Rams, Toles-Bey says their strategy is to “take it one day at a time.”

Toles-Bey  pointed out that the starting five are still the same since the beginning of the season.

Although the rotation is constantly changing, ”We always tend to lean on our sophomores,” Toles-Bey said.

The Rams hold an impressive 17-3 record, success that Toles-Bey attributes to the physical and mental work instilled in each player.

“We like to consider the games a night off,” he said. “We like to really make our practices harder than the games.”

Toles-Bey said the team desires to be in the “driver’s seat” as the second half of the conference progresses.

The Rams are the No. 1 ranked team in the Central Valley Conference. The odds for State Championship playoffs seem to be on the Rams’ side, but Toles-Bey said their primary focus is to “win a conference title.”