Rams Roll Over Reedley With Ease 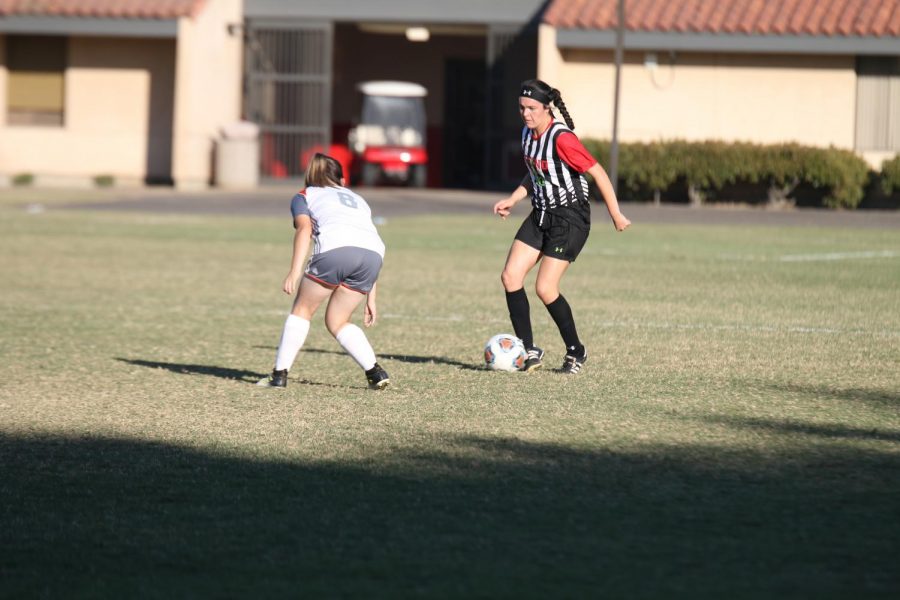 The Rams displayed sheer dominance as they destroyed the Tigers in a one-sided contest.

This year is Reedley’s first year with a soccer program, leaving them with a distinct disadvantage that the Rams took full advantage of.

The Rams came out very aggressive in the early moments of the game, making it very clear they would show no mercy.

“One of our goals was to pressure a little better and try to keep them from getting past midfield,” head coach Oliver Germond said.

In the opening minutes of the game, left wing Sophia Zertuche set up forward Anissa Wilson for the Ram’s first goal after a brief struggle to establish control.

The Rams went on to score four more goals in the first thirty minutes of the game and nine total in the first half.

“Reedley is a new program and they’re just trying to do their best,” Germond said. “We beat them pretty handedly last time so for us today was just about working on different things.”

Germond said the team wanted to work on being aggressive and pressing forward, which according to him, is a risky and difficult strategy but very effective if it works.

During the second half, Reedley showed determination and grit putting forth a visibly stronger defense.

Unfortunately Reedley’s aggression would backfire, there was a collision of heads in the second half leading to Reedley’s player Karissa Gilmore being helped off the field.

Reedley continued their attack hoping to put forth some sort of offensive, leading to the team finally scoring a goal, on itself.

The Rams scored five more goals for a grand total of 15, but the team’s win was far from satisfactory.

Germond thinks it would have been better for the Rams to have faced a harder opponent in order to challenge themselves and improve.

“It’s to stay motivated when you play games like this,” Germond said. “Usually we would play against top tier teams right now to get ready for playoffs, and it’s unfortunate not to have that to get us ready for next month.”

The victory was bittersweet for the Rams, but the season is not over yet and the coach still has high hopes for the future.

“Every game our goal is to get better,” Germond said. “Some things we want to work on are making quicker decisions, changing the point of attack and move better when the opposing team defends us well.”