Rams Get Ready For Upcoming Season In Exhibition Play 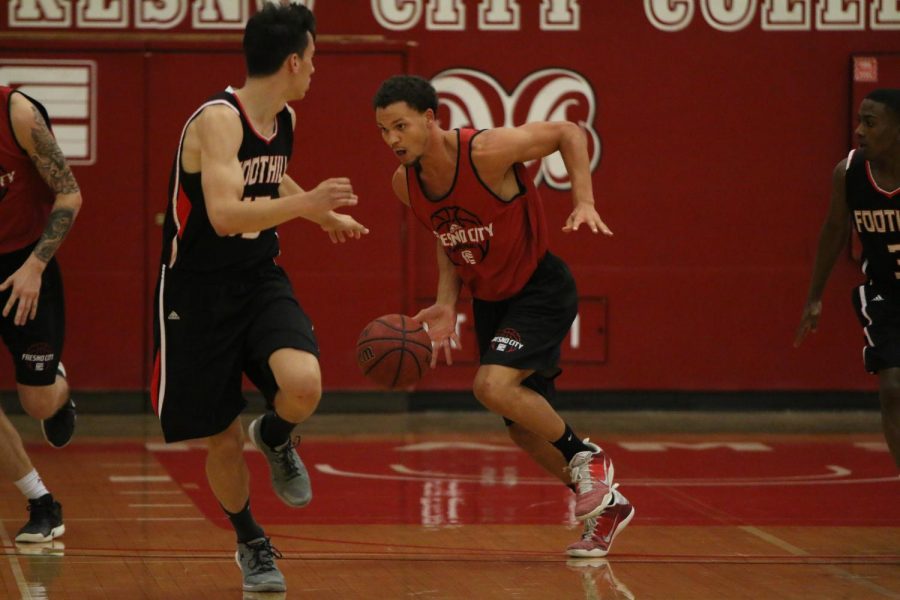 Fresno City College basketball player takes advantage of a fast brake during an exhibition game at home against Foothill College on Thursday, Sept. 28, 2017.

The Fresno City College Rams Men’s basketball team defeated the Foothill College Owls in a scrimmage on Sept. 28. This contest was deemed a tuneup or a reference marker for both teams as they get ready to embark on a new season.

FCC has already seen preseason action as they participated in the NorCal showcase jamboree in San Francisco. In typical fashion, the team finished with an undefeated record of four wins and zero losses.

“We are sophomore heavy and have a few freshmen that have had the chance to mature since they have been out of high school for a few years,” assistant coach, Sultan Toles-Bey, said.

At the start of the exhibition, the Rams seemed to struggle out of the gate as they attempted to establish their tempo early. Both teams exchanged three-pointers for the first 10 minutes.

Eventually the Rams were able to put together one of the infamous spurts of defensive genius to close the half with a 40-23 lead.

The second half saw the Rams impose their will against the Owls as their defensive pressure was in postseason form. The same can be said about their three point shooting as they consistently barraged the Owls from long range.

The end of the second half finished with FCC dismantling Foothill by the score of 90-49. Because this was not a normal game, the teams agreed to play three more 5 minute quarters.

“In this scrimmage, we really wanted to tune up the press and work on sustaining our ball pressure for 40 minutes,” said Toles-Bey. “We have very high expectations going into this year.”

As usual, the Rams will be deemed as the undisputed favorites to capture their 17th consecutive Central Valley Conference championship. They are also expected to make a deep run at another state championship.

The Rams will see their first official action in the San Francisco City College Tournament against the Alameda College Cougars on Nov. 3, at 4 p.m.

“In the past few years, it’s been San Francisco City College so we always keep an eye on them,” Toles-Bey said. “Also Riverside College has had our number recently and beat us a few times.” 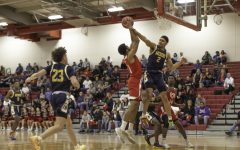 With March Madness closing in as spring comes, many viewers will get their first glimpse of the future NBA talent that could be the newest addition to... 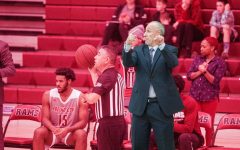 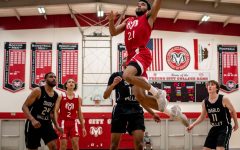 Rams Put an End to Diablo Valley’s Cinderella Season, Advance to Final Round