October is upon us, and the MLB postseason is in full swing. That means only one team can take home that World Series trophy. Every team vying for the title of world champion has a legitimate chance this year.

Will the Chicago Cubs duplicate their magic by making back-to-back World Series or will the Cleveland (W) Indians continue their hot streak after a very recent 22-game win streak?

Can the Dodgers finally get over the hump, and what about the Baby Bronx Bombers?

As a fan of a team which lost 98 games this past season, I need a team to cheer this postseason as many of you out there might.

Luckily, there is no shortage of high-powered offenses and dominating pitching staff. Every team has a strong case to add some shiny hardware to their trophy cases and playing prognosticator we are going to give you reasons to cheer for each team.

The big spenders who are the west coast equivalent of the New York Yankees in the Steinbrenner Era always seem to have trouble getting over that hump.

Well this just might be the Dodgers year after winning an MLB high 104 games, and with one of the most dominant pitchers in the last 20 years in Clayton Kershaw, there is a good chance there will be a parade in Tinsel town.

There has not been much to cheer for in the nation’s capital in sports or in politics for that matter, but they finally have a team that would Teddy Roosevelt himself giddy with joy.

With a three-headed monster of a pitching staff featuring Gio Gonzalez, Stephen Strasburg and Max Scherzer, all boast 15 plus win totals and ERAs fewer than 3.00 there’s much to cheer for. Oh, they also have right fielder Bryce Harper if weird hairstyles and monster home-runs are your thing.

After ending the 108-year-old “Curse of the Billy Goat” last year by winning the World Series they are looking to make Bill Murray feel it is Groundhog Day (again). Why not root for the Cubbies to become the first team in this millennium to win back-to-back series?

The D-Backs are finally in the postseason after half a decade of ineptitude, full of mountain men Paul Goldschmidt and J.D. Martinez hitting long balls further than the Apollo 11 traveled give them a chance.

There was a youth movement in the Bronx borough this season and the Baby Bronx Bombers seem ready to capture the success that the Yankee dynasty of the late-90s captured.

With bombers like Gary Sanchez, Didi Gregorius and Aaron Judge trying to bring back the glory of the pinstripes, it would be fun to cheer for a Yankees team that was built and not bought. Plus Judge is a Fresno State product and he is putting up Babe Ruthian numbers.

With the one-two punch of pitchers Chris Sale and Drew Pomeranz who both won 17 games this past season, the Sox are trying to win a World Series for the first time without the lovable slugger David “Big Papi” Ortiz. Wonder if Patriots’ tight end and party animal Rob Gronkowski would plan the parade?

In the wake of hurricane Harvey it would be great to see a parade down the streets of a rebuilding Houston bringing a smile to their fan base.

That may be a reality with MVP candidate second baseman Jose Altuve playing his heart out like he is 6-foot-6 instead of 5-foot-six for a storm-torn Houston.

Looking to end a 59-year World Series drought and after losing in Game 7 of last year’s Fall Classic, the (W) Indians, who boasted a 22-game win streak, the all-around best team is ready to right the wrong of last season.

This team is so poised to win it all this year they can make Lebron James forget about those pictures he took while cheering for the Yankees…almost.
World Series Prediction: Indians take the World Series in five games against the Dodgers. The Rampage is not responsible for any lost bets. 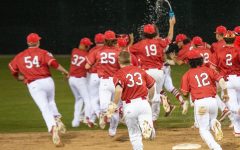 Forecast Calls For Sunflower Seed Showers, Rams’ Walk it Off 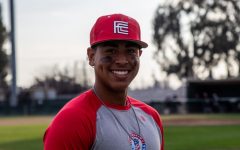 Rams Complete the Comeback Against Coalinga