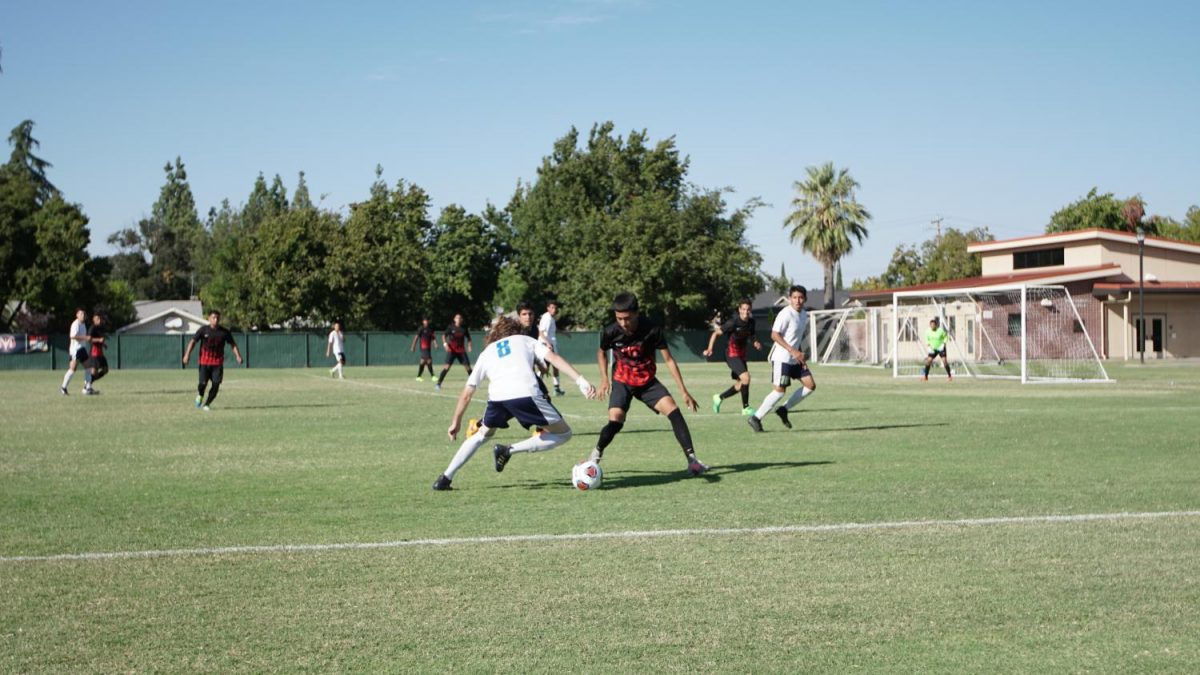 Fresno City College men’s soccer was looking to continue their positive streak facing off against neighboring rivals the Clovis Community College Crush on Sept. 26. The Rams defeated Clovis 3-1 in their first conference game of the season at home.

The first half was scoreless until the 17th minute mark when midfielder Jose Aguilera scored the first goal of the game, getting the momentum going for the Rams offense.

The Rams were playing mostly defensive ball on their end of the field, fending off Crush players and looking for an opportunity to attack. Still struggling to maintain offensive momentum, the Rams and the Crush continued to battle it out on the field.

There were few moments where the Crush offense slipped and allowed the Rams to have a breakaway. In the 28th minute, the Rams got their chance. Forward Manuel Lopez scored the second goal on a breakaway chance and was assisted by forward Johnny Ramirez.

For the remainder of the first half, the Rams offense took control of the ball but were unable to score before the whistle.

“We were really not playing that good the first 10-15 minutes and that first goal really sparked the momentum and got things going for us,” said forward Jose Aguilera.

Coming into the second half, the Rams and the Crush continued to battle for dominance on the field. The Rams remained unable to connect with plays and this cost them a goal scored by foreword Sergio Gonzalez.

With just a few minutes remaining in the second half, the two teams seemed equally matched in their offense, fighting back and forth between the ends of the pitch. Fortunately for the Rams, forward Armando Gonzalez broke through a battle and scored the third goal of the game resulting in the 3rd goal of the game.

“We were not really doing anything the start of the second half and we gave them a goal that we should not have given them and that changed the pace of our game,” said coach Eric Solberg. “Anytime you are playing a conference game and Clovis being our rivals, it is always a good win.”