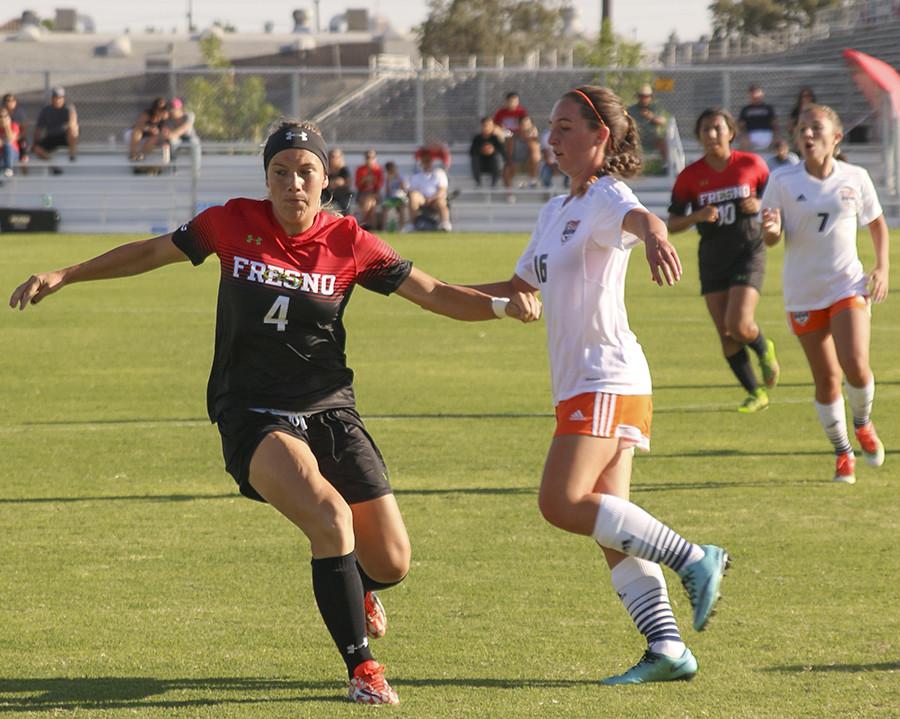 The Fresno City women’s soccer team are back and looking to dominate the competition this year.

After going undefeated last year and losing in the final four, the team is ready to make another stand and blow away the competition.

The FCC women’s soccer team are starting off with 12 returning players and 16 new players.

“It’s like you’re starting off new every year, but I feel good, our returning players are really focused and doing a good job at being leaders to our new freshmen,” head coach Oliver Germond said.

“We all lead as one to show the freshmen an example that we’re a united front and the only way we’re going to get anywhere is if we’re all together,” said Jessica Robles, returning player.

The team tied with the number one women’s soccer team in the country who had defeated the Rams in playoffs last year. The FCC players and coaches are determined more than ever to make this their season.

“We worked really hard throughout the summer. We’re starting to get into what the coaches want us to be for the team,” returning player, Mel Harris, said.

“We still have a long ways to go, we just need to keep getting better every game,” Germond said. “It’s going good so far.”

Having a team with a majority of new players can seem tough, but for FCC, it’s just another opportunity for the women to step it up.

“They got like a big opportunity thrown at them [last year],” returning player Alyssa Lugo, said.

“We have some freshmen already starting,” Germond said. “They’re fighting to get minutes on the field, and it makes it good for us because it makes it really competitive.”

As a team, the players are ready to overcome any obstacles that stand in their way.

They are ready to take this season as far as they can.

“We really put it all in the field,” sophomore Melody Harris said.

The goal for this season is to take each game, game by game and to be motivated to dominate each team and make it to the final four.

“It’s great to be excited about that first game,” Germond said. “But we have to keep this going for 21 games.”