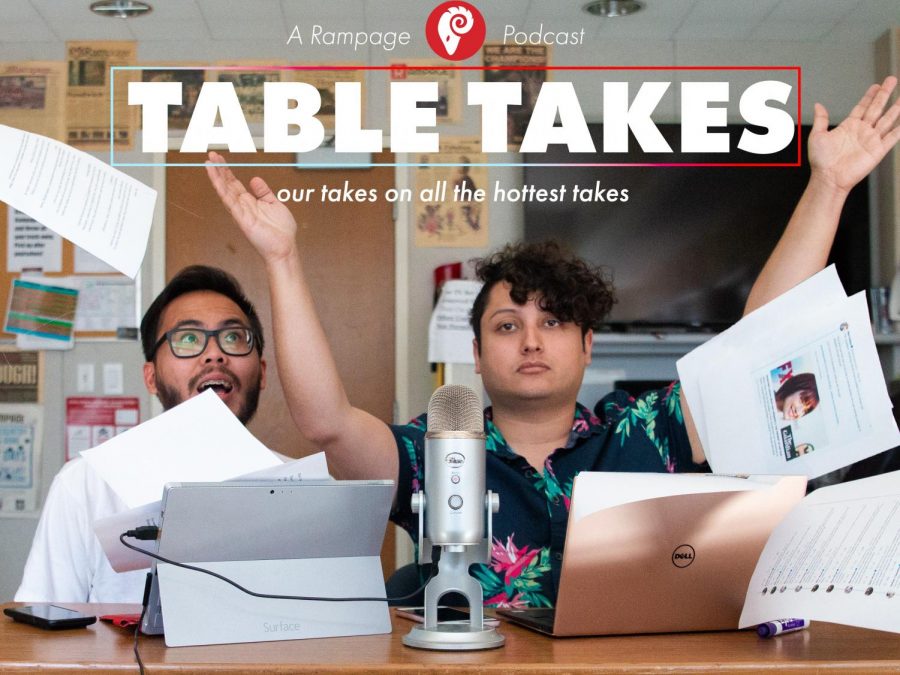 The title of this episode was almost “Gunning for James Gunn” but we decided that the real thesis was Cancel Culture this week. We’re talking all about the right-wing mob that got James Gunn canceled from Guardians of the Galaxy 3, a Kuwait influencer is mad she has to give her servants a day-off (she’s canceled), and Trump is trying to cancel Iran with some threatening tweets. Plus, Ram has some fire takes about Black Panther and bullying nerds, and Tommy’s stressing the need for an out-and-proud gay super hero on the big screen. Table Takes is at it again.

Tommy Tribble is the Editor-in-Chief of The Rampage, and you can find him on Twitter, Instagram, and Medium @tomiiwrites and Ram Reyes is the Art Director of The Rampage and can be found on Twitter and Instagram @_ramuel and on Medium @ramuelreyes.

Got any hot takes? Use #TableTakes on twitter or email us at [email protected] and they might just be featured on next week’s episode!

The intro theme song is “moon chillin” by epsilon not.