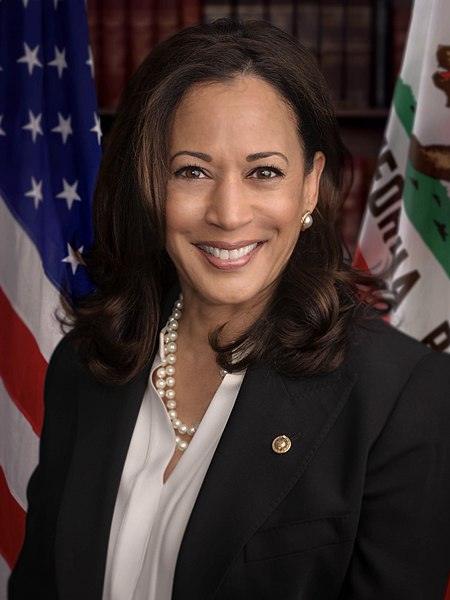 Democratic presidential candidate Joe Biden chose Sen. Kamala Harris as his running mate on Aug.10, 2020. This came in the middle of an uprising against police brutality, with a significant number of people questioning the police’s existence as an institution.

Biden’s pick goes against the cries of the progressive and left wing of the party that have been calling for the defunding and abolition of the police in the midst of the uprising. When looking at her record as San Francisco’s District Attorney and California’s Attorney General, she has a lot of things to answer for.

From a strategic standpoint, the choice of Kamala Harris is complicated. Presidential candidates usually choose their running mates from battleground states with a significant number of electoral votes. California has 55 of those, but Sen. Harris is from California, which overwhelmingly voted Democrat in the 2016 presidential election, with Clinton winning 61.5% of the vote. Winning California is not something that Democrats need to worry about, so it doesn’t make much sense that Biden would not set his sights on a running mate from somewhere like Texas or Michigan.

However, Nick Hernandez, a political science professor at Fresno City College, had a different view. On the issue of strategically choosing a running mate, he said “There is this traditional idea about choosing running mates based on where they’re from, the geography, I say traditional because it doesn’t really work like that anymore.”

He went on to explain how that line of thinking doesn’t always bring success. “If you look at Mitt Romney’s candidacy, he chose Paul Ryan who is from Wisconsin, and he didn’t end up winning Wisconsin.”

Similarly, in 2004, Democratic candidate John Kerry chose John Edwards from North Carolina and didn’t win that state in that election. So, choosing running mates from states that a candidate needs to win isn’t always a foolproof strategy.

One of the many things Sen. Harris must be questioned on is prison labor. You most likely know that the Golden State is in the middle of one of its worst wildfire seasons to date. California, despite its reputation as a progressive state, has been using prisoners as firefighters since the 1940s. These inmates are making about $2-5 a day, according to NPR.

While this article is more focused on the coronavirus, it also makes very clear the miserable conditions that the inmate firefighters are put in. These inmates are putting their lives in danger for California and all of its citizens, while getting disgustingly low wages, not to mention these same inmates have a hard time becoming firefighters after they are released. This is exploitation at its finest.

When Sen. Harris was California’s Attorney General, her office argued against an order to have prisoners who were second time offenders of nonviolent crimes be made eligible for parole. Their argument was that letting these prisoners go would deplete the cheap labor of prisoners they can use to go fight California’s seasonal wildfires, according to the Daily Beast.

Harris later told her office to not argue that in the future, but the fact they even argued this in the first place is abhorrent, and begs the question if Harris had directed them to make that argument beforehand, then rescinded when the backlash came.

On the night of August 25, a protest happened in Kenosha, Wisconsin, in solidarity with Jacob Blake, a black man who was shot in the back seven times by a police officer, and was left paralyzed from the waist down. A right wing counter protester from Illinois took a 30 minute drive there to do harm. The police could have stopped him from murdering two people in the street. According to AP, besides handing the gunman a bottle of water, they did nothing.

These types of incidents are the ones that make people question and have conversations about who the police really “serve and protect.” California’s former “top cop” is not willing to have that conversation.

As someone who supports the abolition of the police and prisons, Kamala Harris is a disappointing, yet unsurprising pick from Joe Biden, the father of mass incarceration. Regardless of whether or not you support her, it is undeniable that she must answer for the various injustices she committed in her prosecutorial career.