A Legacy of Hunger and Homelessness 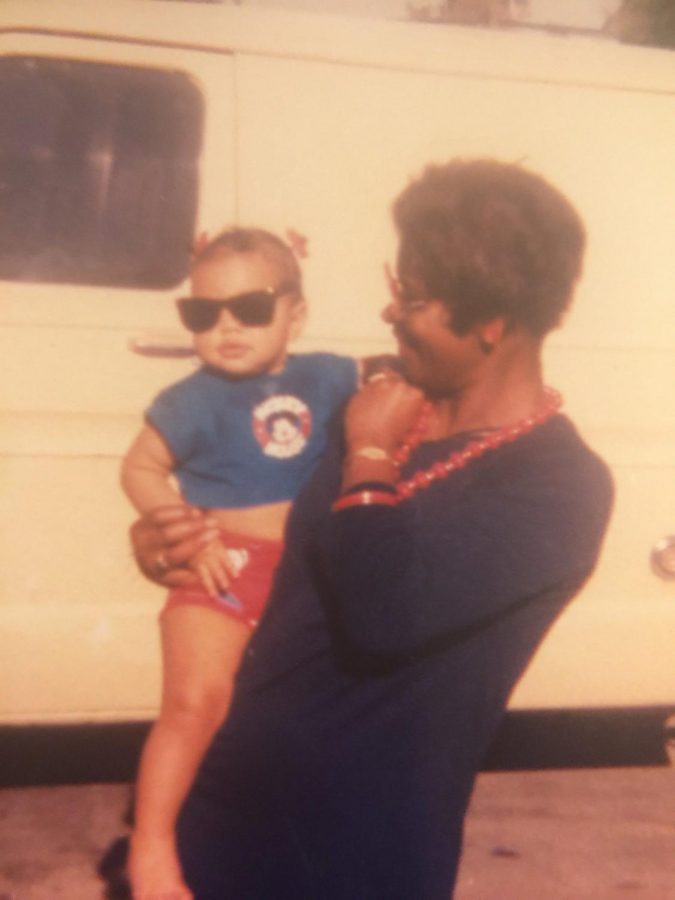 I could remember lying there incapacitated, and delirious.

What were all those black and white images dancing on the ceiling?

Why did everything look like I was in a cloud?

And why was I dizzy even though I was lying down?

I could hardly tell what was going on around me, but I could hear my mother saying weird things, in her drug induced state of mind.

She was on the floor picking at every little white thing and standing in the corners of the room jabbering at the ceiling; twitching nonstop. Tweaking at it’s finfest.

I was 5-years-old, but I could count.

I remember crying, and my mother asking, “Mija, what’s wrong?”

My siblings and I were immobilized by our hunger. My 11-month-old brother lay on his side, in a filthy diaper, curled up in a fetal position on the far right edge of the bed closest to the door. My 2-year-old brother lay between us, too tired to cry, staring at the ceiling.

We were so hungry.
Light hurt our eyes.
Sound hurt our ears.

How had our mother not thought to go to Salvation Army? Catholic Charities? Anywhere, to feed her children?

She was preoccupied with her drug habit and spending all of our welfare money on heroin and crack cocaine.

But had our mother sought help, would the agencies have come to our rescue immediately? Or would we have waited for weeks or months before someone helped us?

Why didn’t the men who came in and out of our hotel room bring anything for us to eat?
A loaf of bread?
Some crackers?
Water?
Anything?

We would wince every time someone opened the door, because the light was unbearable. Our bodies ached, and we were nauseated.

By the fourth day, we were too hungry to sleep, and too weak to move. Our cries had become whimpers, accompanied by tears that barely flowed from what was left of the fluid in our little malnourished, dehydrated bodies.

Finally, my paternal grandmother, who knew how unstable my mother was, found us after searching for about two weeks.

When she came into the hotel room and saw us, she just began to cry. I never understood why she always felt so bad for my mother, but I knew she loved us.

She came with milk, bread, cereal, instant potatoes, and PB&J in Tom and Jerry glass jars. My grandma walked over to us and held up our heads to help us drink water. She made my baby brother a milk bottle.

That was the most refreshing room temperature water I had ever had in my five years of life. I was ready for a sandwich within an hour or two.

And my mom was ready for me to make them. Not just for me, but for my siblings as well. I could remember feeling weighed down as I walked over to the cupboard where my grandma had placed the Tom and Jerry jars.

Grandma had already left. There weren’t any utensils, so I used a pen to spread the PB&J on the bread. Somehow I knew I had to feed my brothers first. Those were both the best and worst PB&J sandwiches we’d ever had.

Although we were starving and had gone for so long without food, those sandwiches made our tummies hurt. I remember now in my adulthood that when children are malnourished, you have to gradually reintroduce food into their diet.

At 5-years-old, we were living with my maternal grandmother and I was scrambling eggs for my brothers and changing diapers.

For whatever reason, we weren’t allowed to bring food with us when we left to run errands with Grandma Mammal, as we called her. Why? I don’t know. And she wouldn’t feed us while we were out either. So I devised a plan.

I could remember one rainy morning, we were getting ready before the sun was up, and I already knew the drill. So while she was in the next room getting my brothers ready, again my 5-year-old self had to watch out for us.

In my desperation, to feed us without getting caught, I got about five slices of bread, half-chewed each of them, rolled them into balls, and hid them in my rain coat pocket. Grandma never found them. My brothers and I were OK for the 12 hours we were out.

I told myself I would never place myself and my children in that type of situation. Ever. But I was wrong. I didn’t know then that the legacy of bad decisions and helplessness that I inherited would control me and that what I wanted to shield my children from, would befall us all.

I had become a statistic.

According to The American Journal of Public Health, a study done of 92 U.S. households who had experienced homelessness before and 395 people who hadn’t, showed that “Lack of care from a parent during childhood sharply increased the likelihood of subsequent homelessness.”

In 2014, my boyfriend at the time tried to murder me in front of my children. We had to move immediately because his friends stayed directly above me and his mom stayed less than three minutes away.

My children and I were forced to move in with Grandma Mammal in my adulthood. But she eventually put us out. Why? Because we ate her chicken nuggets that I had bought with our food stamps.

Without any other family that would house us, my children 3 and 4-years-old, and I lived out of our car. No shelter had room, apparently. So for about a month, we roughed it out.

It was summer time, so the nights were excruciatingly hot. I was fearful to leave the windows cracked because someone might open the doors and hurt us. So I hardly got any rest.

I made sure to cool my babies down with a damp cloth throughout the night, so they wouldn’t get sick. We would go to water parks like the one at Dickey Playground downtown and the Martin Ray Reilly Park near Chestnut and Olive, with a washcloth and soap, and bathe in broad daylight with our clothes on.

We would go to the Downtown library, so my children could get a sack lunch, and we could escape the summer heat. It also gave them a chance to play with other children, read books, and play games on the computer.

I wanted them to know as little as possible about what was really going on. I tried to ‘normalize’ or ‘minimize’ our situation, although it was everything but normal.

One day, I got a ticket for being parked there all day. I tried to dispute it by sharing my story about how we were homeless and hungry and that I was simply trying to feed my family and escape the heat.

The libraries didn’t have lunches for adults, so at first, I would go days without eating because most of our food was left at Grandma Mammal’s house and we had very little food stamps left.

During this time, on two separate occasions, a cousin and a close friend offered food from their table, even though they were already feeding families of 10 or more themselves. I was ashamed to ask more than once.

After the third week, I eventually got enough money to buy a cooler, which helped keep us hydrated with drinks, and to keep lunch meat cool.

We were finally able to get shelter space at the Madera Rescue Mission. After a month and some days, this was like winning the lottery and being invited to live in a mansion. We stayed there for an additional month.

They fed us, provided a laundry facility, church services, a play yard for the children, showers, and we even had our own room with two bunk beds. My children didn’t realize what was going on.

After calling 2-1-1, an Information and Referral Helpline that gets people connected with agencies and organizations in their time of need, Westcare was able to assist us with a deposit for an apartment in Fresno with a property management company that thankfully overlooked my credit history. We were saved!

I wasn’t too proud to bathe in public at the water park. I wasn’t too proud to ask for assistance from agencies, even though I was denied time after time. But I was morbidly ashamed that I had to expose my children to this dire situation because of my terrible choice in men.

I hope my children’s children will not live through this experience, and that social agencies will be there to catch them when they fall and give them housing, food, so they never have to experience hunger, and mental health services, so that unresolved childhood issues doesn’t perpetuate the ongoing cycle of abuse.