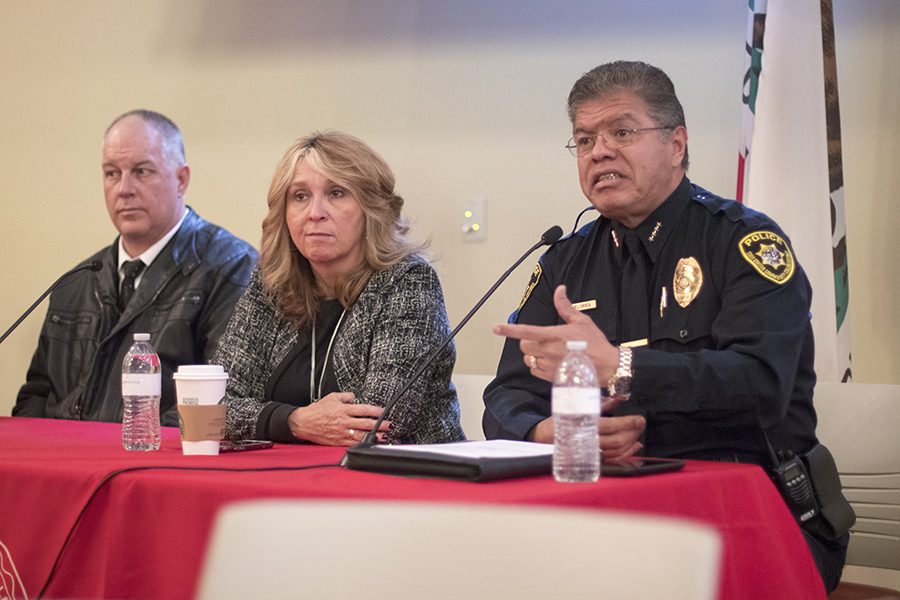 Story By: The Editorial Board

A previous version of this article identified several Fresno City College administrators as “faculty.” The word faculty refers to the teaching staff of a university or college, not its administrators.

“Addressing sexual misconduct and sexual assault is both a moral and legal requirement for colleges, just as it is for our country,” Fresno City College President Carole Goldsmith wrote, after the Associated Student Government president was arrested on felony charges following an incident of alleged sex on campus with two students.

The Rampage agrees. We condemn acts of sexual misconduct, and we long for a safer college, a college free of sexual assault and harassment. We were pleased to learn of the task force assembled to address these issues on campus, in a letter from Vice President of Student Services Lataria Hall.

Letters are, unfortunately, the extent to which administration members have addressed this pressing issue and extremely notable incident to the Rampage.

Repeated requests for comment from Ernie Martinez, the ASG adviser, have been evaded. Our reporter was told to email questions. We normally encourage our staff to seek face-to-face interviews rather than electronic ones. Electronic interviews result in answers that are too rehearsed–edited and re-edited–and, further, responses that lack the contours of empathy and emotion that characterize human speech.

But an email will do in a pinch. Yet the questions we sent Martinez were ignored. Throughout this semester, this scandal, he has been a single wall in an empty field: visible, but ultimately worthless. To an outsider, his guidance of ASG seems perfunctory. We would love to meet with him to correct that misunderstanding.

He told our reporter he didn’t have time to answer our questions on Tuesday, Oct. 23.

Goldsmith, undoubtedly keeping her distance from a politically toxic event, has remained silent.

Sean Henderson, Dean of Students, could not be reached for comment.

Goldsmith, Martinez, Hall, Henderson, and Washington have only one thing in common: they all represent this institution. They undoubtedly see Washington’s alleged transgressions as a blight on the campus’ reputation: as a source of shame.

Prepared statements are not enough. Press releases are not enough. The Rampage represents FCC too; we’re a part of its voice, a platform for its students. We’ve covered Washington’s ASG and the allegations against him extensively.

Our coverage has been noted by other publications in light of these recent allegations. It is absurd that the administration, the custodians of this campus’ reputation, would offer nothing but silence, to remove themselves from a narrative that is already building.

We hope they will share that information with us.