Has Technology Made Cheating a Social Norm?

If I had a dollar for every time someone I knew mentioned cheating or being cheated on, I would be very rich, not just a broke college student.

Unfortunately, I’m not rich from this issue, but I can’t help but notice that nowadays, it seems like people are so nonchalant about cheating, and that sucks.

Thanks to technology, people are now able to create a secure secret world where they can download apps such as Hide my Calls or Hide my Texts, which make it very tempting to find people near you and set up a quick meetup at your convenience.

Equally, there are just as many tracking devices to spy on someone and view their location at all times. You can now easily turn all of those settings off so no one knows where you really are. After all, humans like the thrill of knowing they have a chance at getting away with something they shouldn’t be doing.

Since apps have created this new secure world, it kind of blurs the lines of what is actually considered cheating.

If your significant other is constantly texting or direct messaging someone else, would you consider that as cheating, even though they’ve never actually had physical contact? Emotional infidelity exists and still is able to cause just as much harm to a relationship as physical infidelity. But what does that say about us? Have we made it OK to cheat and be OK with that decision?

The worst discussion I’ve had with one of my friends is about that “on and off” relationship and every time the guy gets accepted back into the relationship, he cheats on her, and it seems like they just repeat the cycle. Both of them are so casual about what happened.

“Experts believe the increase in cheating is due to greater opportunity (time spent away from spouse), as well as young people developing the habit of having multiple sexual partners before marriage,” according to an article on Truth About Deception.

According to an Institute for Family Studies research paper by Wendy Wang, women ages 18 to 29 are more likely than men to cheat. However, among men ages 30 to 34 the reverse is true, and men were more likely to cheat. Perhaps cheating among young people is influenced by a combination of the young people wanting multiple sexual partners before marriage, and the convenience of apps invites temptation.

When you have so many people thinking alike and not making the best of choices, people start to lose faith in the value of true love and decide that making that not-so-good decision wouldn’t be so bad.

A Divorce Statistics survey shows that “85 percent of women are right when they think their partner is cheating on them, while for men it is around 50 percent.” The same survey found that, “in the U.S., 17 percent of all the divorces that occur are due to adultery on the part of either or both parties.”

So, has cheating become the social norm? It depends on which age group and gender we are talking about. I was surprised when I found out women were more likely to cheat than men among the younger couples, but statistics show that infidelity occurs among every age group, but is more common among people under 30.

More often than not we find ourselves sitting in front of a friend, significant other or family member arguing over something as simple as whether or ... 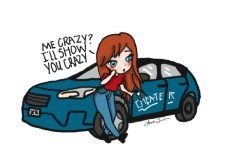 5 Ways You Make Your Partner Crazy 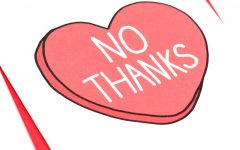 Valentine’s Day? No, Thanks.