A Word on Gun Violence 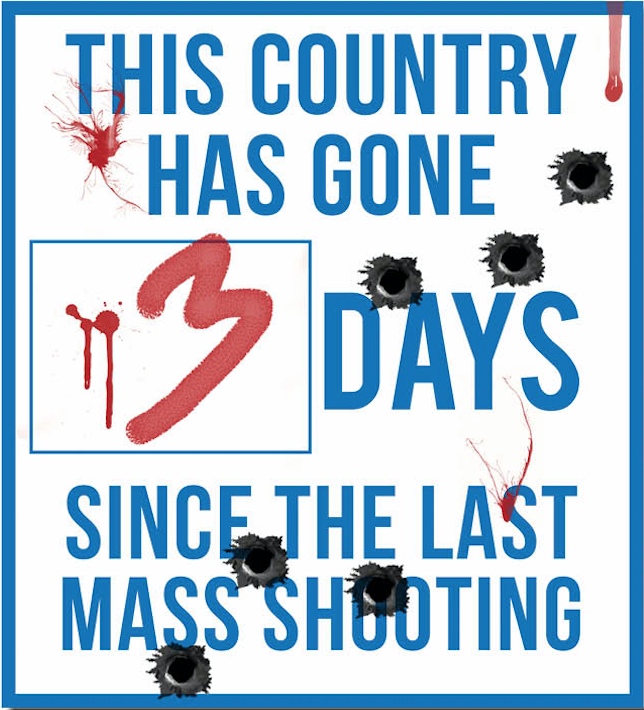 More than 13,000 people have been killed by guns in the United States in 2017 (excluding suicides), according to the Gun Violence Archive. Mass shootings, defined as the killing of four or more people, happen nearly every day in the country. It’s a tragedy that has become commonplace, occurring all too often, spurring heated debates on how to best solve the problem.

What more needs to be said before action is taken?