Should the US Expand its Nuclear Arsenal? Pro

After 30 years of nuclear arms reduction and disarmament, the possibility of annihilation from nuclear arms looms.

It is only very recently in humanity’s 200,000 year history that we have had the capability to completely destroy ourselves. The resurgence of populism in the U.S., Europe, the Middle East, and unverified claims of nuclear capability from North Korea have left an air of unpredictability and strife in the world.

Hopes of a “nuclear-weapons free world,” as Barack Obama claimed at the beginning of his presidency, were quelled when he announced a plan to “modernize” our nuclear arsenal and production facilities for a cost of $1 trillion.  This plan also violated terms of the 1968 nuclear Non-Proliferation treaty, which required nuclear powers to begin nuclear disarmament.

That nuclear weapons plan will also be the largest public expenditure in the upcoming decades.The U.S. currently has more than 1,500 strategic warheads ready for deployment on several hundred bombers and missiles.

The U.S. does not need to expand its nuclear arsenal.

President Trump’s statements and tweets about retaliating with nuclear force and expanding the country’s nuclear capabilities are quite terrifying. Putin’s statements about Russia’s own nuclear expansion seem to be setting up the stage for an arms race.

One single nuclear bomb detonated in a major city could kill hundreds of thousands of people, and the effects on the environment could last for decades. There is an estimated 15,000 warheads in the world, more than enough to make this planet inhospitable.

The horrors the U.S. unleashed on Japan by dropping two atomic bombs on the cities of Hiroshima and Nagasaki are reminders of the destructive force we possess. I cannot imagine the survivors of those attacks praising the expansion of our nuclear arsenal.

Proposals to end sanctions on Russia over its annexation of Crimea in return for an arms reduction deal is one positive aspect that can be seen from Trump’s and Putin’s bromance. Reducing tensions and more engagement  with Russia will reduce the chances of nuclear weapons.

There is no doubt, however, that failure of humanity to reduce nuclear arms has set the doomsday clock closer to midnight. 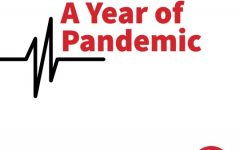 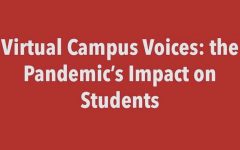