It always starts with that one–you know, the one–tall, handsome, smart.

Then you start dating, and it feels like you’ve known each other forever. You’re going to move in together because you think you’re probably going to be together forever and get married and have kids. This is my first “adult” relationship and we were so “pass-the-puke-bucket” in love:

It had all started in a grocery store; imagine a love-at-first-sight scenario; although these days, I reserve that term for things like pizza.

I had seen him around town before, but we’d never spoken in person. We were friends on Facebook and, sadly, the most contact we’d had was exchanging “likes” and an in-depth conversation on Messenger about a mild dislike of a mutual acquaintance.

We bumped into each other at said store and and just sort of awkwardly stared at each other; he looked like he was going to say something but just smiled. Alas, the moment was finally over.

Naturally I was mortified, turned around and ran back to my friend. I’d like to think that the habits of 17-year-old me withered away with my teenage years, but at 20-something, I still get nervous and leave if a cutie tries talking to me.

Much to my disbelief, that awkward endeavor actually got us somewhere. The time to make it an official thing had come; he was too shy to ask me, settling for just “claiming” me; I was more than happy to oblige.

We were best friends and did the dorkiest crap together every day. This was still new territory; I eventually became more comfortable with him and with myself on a level I didn’t think existed at the time. He built up my confidence in many ways. I was the happiest I’d ever been in a long time.

You encourage each other to be the best you can be because of a solid bond through trust, but also eventually unintentionally bring out the worst in each other.

This love was intoxicating and we couldn’t possibly fathom a world without each other, but it turned out to be toxic as many relationships become after some time; most importantly, this kind of relationship changes, builds and shapes you into a much better person.

It could sometimes be terrifying and you feel you’ve lost all control in your first adult relationship, but don’t let the scary parts deter you. The most heartbreaking thing would be denying yourself this learning opportunity and gaining the experience. Even if it doesn’t work out in the long run, you learn so much about yourself, your likes, dislikes and how to deal with certain situations. 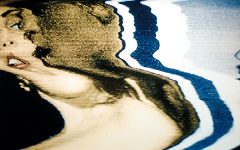 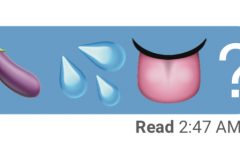 New semester, new fish in the pond. If you’re single and ready to mingle, you must already be on the lookout for those potential “hottie bodies...

The Tea: The Darkness—Why We Report the Darkest Stories

The Tea: On/Off the Record

The Tea: How We Lead with the Lede