Janitor’s Melodies a Fixture on Campus 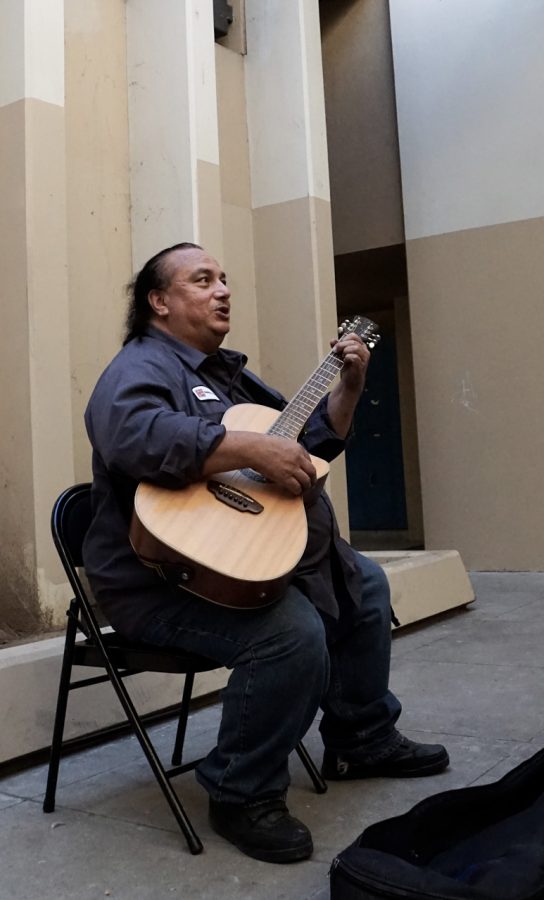 Janitor’s Melodies a Fixture on Campus

But in the middle of the art building at the college, John Luna, in a gray janitorial uniform, sits on a folding chair as he performs a melody with an acoustic guitar.

He plays alone, the sound of music permeating the empty concrete hall ways.

Luna works for Building Services as a janitor and has been working at FCC for 11 years starting in 2006.

Luna spends his 30 minute breaks in the Art Building courtyard practicing his guitar.

“A lot of people will go out and work out during their lunch, or read a book, do a puzzle or play spades,” Luna said. “You’ll see people do things like that or play Pokémon Go or something. This is what I like to do. I play my guitar and try to improve my abilities.”

Luna began playing at the age of 12 and has been playing ever since. Now he is 58. Luna spends his time working on different genres.

“I like to play a lot of songs from the 50s, 60s, 70s, 80s but I’m trying to do more style like Bruno Mars, or Keith Urban, or John Mayer; trying to do something more contemporary, more modern,” Luna said.

Luna says he has received a number of different reactions to his guitar playing.

“It depends if I’m playing well,” he said. “Some people will come around or get a double-take,” he said. “I get people looking over the balcony or even draw a crowd, but I know around this time everyone is in a rush.”

Luna said he grew up learning to play by watching his father and older siblings play the guitar.

“I remember watching my dad and older brother playing and just watching them and imitating them to learn how to play,” Luna said. “This is just a way to just relax and unwind.”

Luna was born in 1957 in Firebaugh and moved to Madera when he turned 21 years old.

As he began his adult life, he worked as a hairstylist for both men and women’s hair for 25 years. He stopped doing hair because the field was becoming too saturated with people doing hair and decided to move on to something more.

Luna then began working in maintenance for a place in Madera called Heartland Opportunity Center. He applied as a sub-custodian for Madera-Unified School district and began working his way through the ranks.

Then in 2006 Luna says he got contracted to work FCC and has been working at the college since then.

Luna says he’s able to connect with other musicians on campus and has been asked to join their bands at some point.

But at the moment Luna says he spends his time playing with with his adult son, who is a drummer.

“Right now, we are a two-piece band,” Luna said. “One guitar and one drum, so we have a tight kind of sound and I’m happy with that right now. Though would be nice to get a bass player.” 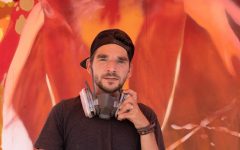 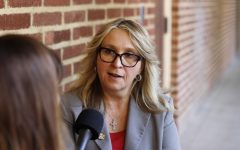