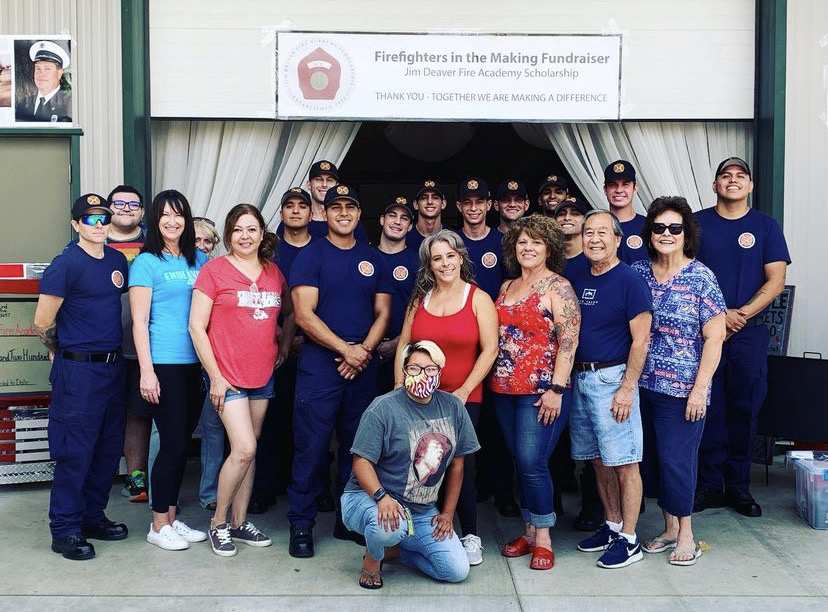 On Sept. 25, Fresno City College’s Fire Academy attended the 4th Annual Firefighter in the Making Dinner and Dance Fundraiser at the Kings River Winery in Sanger.

The event itself features a live band, auctions, vouchers, dinner, dancing and a no host bar.

This is all in the name of raising money to help aid some of the fire cadet’s tuition, supplies, and other fees that contribute to the process of their education and training

The Jim Deaver Fire Academy Scholarship, a non-profit organization, known as the Deaver Fund for short, holds these fundraisers annually.

Socorro Gonzalez-Deaver, wife of retired Fire Captain Jim Deaver, created the scholarship after her husband suffered cardiac arrest and was left with the inability to perform everyday functions.

“I want to continue my husband’s legacy,” she said, being that he taught and mentored students in Sanger High School’s Valley ROP Urban and Rural Firefighter courses.

When the Deaver Fund’s first five scholarships were awarded to some FCC cadets in 2017, a partnership between the FCC’s Fire Academy and the Deaver Fund ensued.

Since then, over 40 scholarships have been given between the class 47 and the recent class graduates from the Fire Academy.

Cacossa said the scholarships have helped cadets take more classes to improve their odds of being hired or allowing them to buy personal equipment when they are hired.

Gonzalez-Deaver said that managing the organization is a lot of hard work and it is tedious, with only five committee members right now instead of the usual 20, due to the pandemic.

Despite low membership, fundraiser events are on a different level in terms of popularity.

In the past, roughly 500 guests would show up to these events, but this year Gonzalez-Deaver expects a crowd of approximately 150 because of the pandemic

In terms of funding, she is hoping to raise $50,000 this year, but understands that the pandemic might hinder that.

“Whatever we raise, we raise. I think it will turn out great,” she said.

Having started back in 2017 and skipping 2020 when COVID-19 started, the fundraiser has been able to raise approximately $20,000 of scholarships in total.

According to Cacossa, The Deaver Fund was able to help their cadets with scholarships, even though the fundraiser was not held last year.

“We are always in their debt and it makes sense that we support whatever the Deaver fund is doing because they support our program,” he said.

According to Gonzalez-Deaver, there are plans to branch out to cadets in other districts and colleges not normally within their reach.