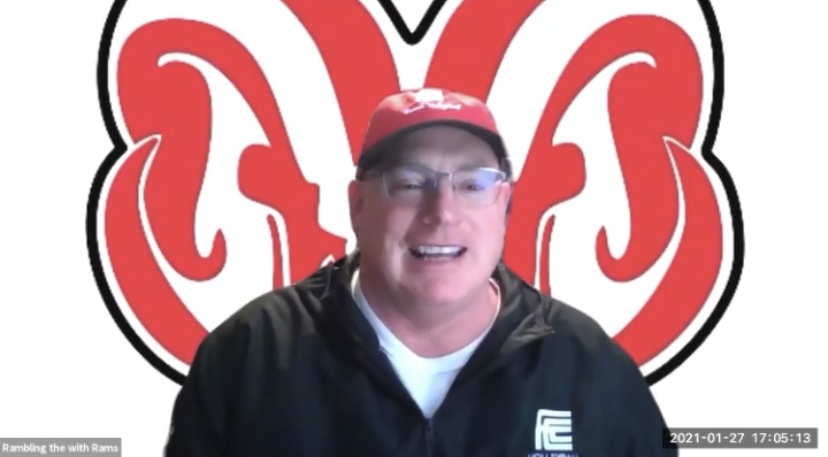 Fresno City College’s volleyball team has created their own podcast via Instagram titled, “Rambling with the Rams’’ in order for viewers and supporters to get to know the players better.

The idea came from head coach Kieran Roblee and her husband Mike Roblee, who stated they needed content to post to social media since their season was cancelled due to the pandemic.

Roblee and Host Mike Roblee record the podcast via Zoom and report they haven’t run into any technical issues while recording or trying to reach the players to interview them.

Despite some of the players initially being uncomfortable with public speaking, they do enjoy participating in the podcast, according to Taylor Dilley, kinesiology major at FCC.

“We all kind of joke about it and we were like oh yeah sure okay coach but then  we actually got into it and started doing things. It was actually fun,” she said.

While watching each episode was fun and made Roblee laugh at times, it also helped her get to know players and have more in-depth conversations with them.

Jillian Penner, undeclared major, also believes the podcast series was a great way to show how close the team is, not only with each other but also their coach.

In addition, she says it was a fun way to loosen everybody up and get the volleyball team closer which has been harder due to the pandemic.

Kele Weedman , a biology major, says the podcast is also a great way for viewers to get to know the team via social media due to COVID’s restrictions on in-person activities and events.

Roblee reports that the podcast has received some positive feedback such as some viewers saying they enjoy learning about the players in a one-on-one environment.

Weedman, Dilley, and Penner all hope future volleyball players will continue the podcast and turn it into a tradition.

In the future, the team hopes to spice up podcast episodes by allowing guests to interview the coaches and more.

However, according to Roblee, it is up to the host Mike if they bring the podcast to other media platforms. The discussion has not yet occurred.

Since the team just opted in to participate and potentially compete in the upcoming season, they plan on doing podcast episodes about upcoming matches and how the season is going.