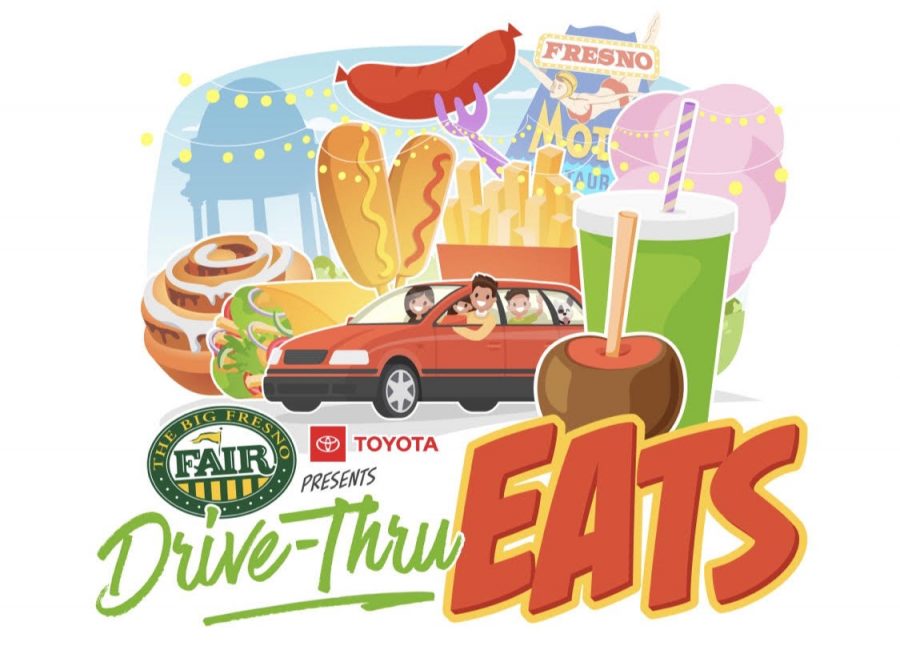 Fresno City College students from the past and present drove through the 137th Big Fresno Fair last week in search of some fun and their usual fair favorites.

The closures caused by the spread of COVID-19 in March left many wondering if there would even be a fair this year after others were canceled.

One of these enthusiasts is current FCC student, Martin Saiza, and his family, drove through the fair on opening day.

“We were going to wait to go on the second day but we decided to just go on opening day in hopes of beating the rush,” he said as he recalled arriving at 3:00 p.m. on the afternoon of October 9th.

This annual event is one that many look foreward to and being an avid fair-goer, Saiza was initially concerned that there possibly would not be a fair to go to this year.

“I was a bit sad when they said that there might not be a fair because me and my family go almost every day when it comes,” he said, adding feeling excitement to try a drive-through compromise.

Saiza shared feeling confident in attending the fair, and was amazed that the organization and relatively short lines considering that he went on opening day.

“Everything went well,” he said. “I felt safe just being here because there were plenty of staff on site helping to direct traffic,” he said.

Saiza shared that his favorite part of the drive-through were the musical performance that were placed on stages along the route. “I love listening to the local live bands play at the beer gardens in the traditional fair so I think that it was cool how they incorporated them into this drive-through fair,” he said.

While the spread of COVID-19 might be a reason to avoid going to events like this, Saiza thinks differently, expressing his desire to help the local economy.

“I also came to the fair because not only do I love the food here, but many local venders are struggling because they are not working at other fairs,” he said. “It is also nice to experience something new, listen to the live entertainment, and help the local venders while enjoying your fair favorites.”

Another enthusiast is FCC alumni Charles Salanitro who also decided to drive to the fair and experience it with his family. “We went on the Saturday after it opened not knowing what to expect,” he said.

Understanding that a drive-through fair was a new experience, Salanitro went with an open mind. “We wanted a chance to just get out of the house and do some stuff outdoors and this worked out very well,” he said.

The Salanitro’s were not the only family to want in the fun as he recalled hundreds of other vehicles inattendance. “We knew that it was not going to be a 5-minute drive through the fair,” he said, adding that his family and he planned their time out and were ready for the stop and go drive ahead.

Salanitro expressed that he was possitively impressed of the organizers with the way that traffic was directed.

“You are given a map before entering the fair and it shows a list of all the food booths to help you pick and choose where you want to stop,” Salanitro said.

“The nice thing is that they also had bypass lanes all over to redirect traffic around the areas where perhaps you do not want to buy anything from,” he said.

But what is a fair without the usual favorites? The Salanitro’s were not going to leave without theirs.

“My wife loves kettle corn and I wanted a corndog,” Salanitro said. To their good luck, multiple venders offering the same items were placed all throughout the fair to ensure that fairgoers did not miss out on their favorites.

“You cannot come to the fair without getting a cinnamon roll,” Salanitro said with a chuckling as he shared that cinnamon bun sales were strategically placed toward the end of the route.

According to Lauri King, Deputy Manager II at The Big Fresno Fair, this year’s drive-through fair was a big success.

“Since we opened our gates on Friday, October 9 we have had a little over 16,000 vehicles drive through our Fairgrounds to enjoy our Drive-Thru Eats food and entertainment series, presented by Toyota,” King said, adding that they expect to have welcomed over 23,000 vehicles during the entire event.

Although Saiza and Salanitro enjoyed themselves, they hope that next year’s fair goes back to normal as they both missed walking around. However, both would consider returning next year for another drive-through if necessary.

Regardless of how things may turn out in the future, King expressed that this year, the public’s response has been incredible.

“We knew our community loved The Big Fresno Fair but we are blown away by how they have showed up to support us and our vendors at our Drive-Thru Eats event,” King said.

“We are incredibly grateful for all the support and it is a testament to what makes The Big Fresno Fair so special – our community.”