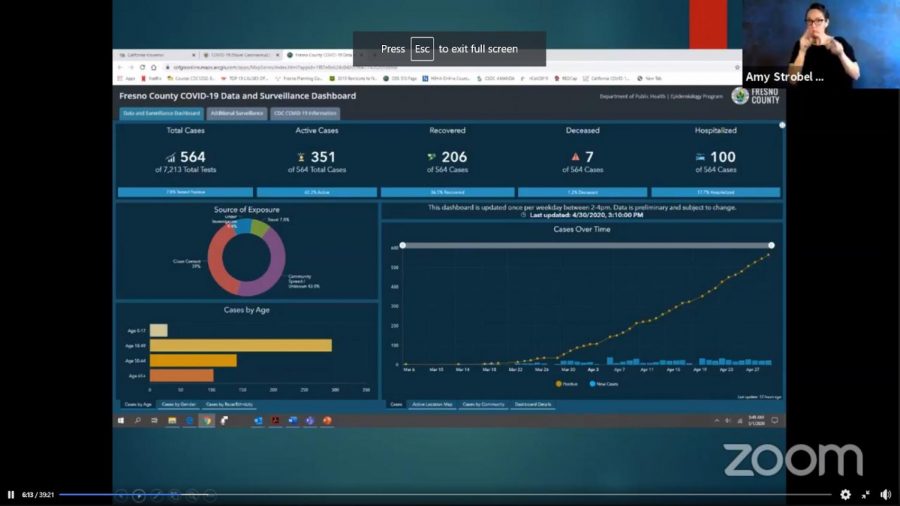 A free testing site for the coronavirus is now open to the public by appointment at Fresno City College, in the gymnasium as of Friday, May 1.

The COVID-19 test can be scheduled through the Logistics Health Website, and is available to students and non-students alike, essential workers and public employees. The testing site is for those who have no symptoms, and it is advised that symptomatic individuals consult with their doctors to provide testing, according to the FCC website.

Walk-ins are not permitted, and service is available by appointment only according to the website.

The test involves collecting a lab sample from the patient by inserting a q-tip into the nostril cavity, which causes mild discomfort. Results are available between 48-72 hours, according to Logistics Health.

Testing is provided by OptumServe, a federal government health service of OPTUM, a pharmacy benefit manager that operates internationally.

Testing is conducted by OptumServe personnel, and FCC personnel are not involved. OptumServe is responsible for set-up, testing, and disposal, according to the FCC website. OptumServe is supporting 80 testing sites throughout California, increasing testing capacity by more than 10,500 per day.

Pomaville said that while insurance may be billed for testing, the state of California has assured him that people will have access to free testing. The FCC testing site notably does not charge uninsured individuals.

“This is not a referral for doctors to send sick people to this testing site,” Goldsmith said.

Pomaville advises individuals experiencing symptoms to seek testing through hospitals, which he said are ramping up their testing capabilities. He said that the testing site is for people who are otherwise asymptomatic. “It [Priority 4] will include your student population. They are more than welcome.”

“The reason why we are doing all of this is that we have an increased number of cases of COVID-19 in Fresno County,” Pomaville said.

As of Monday, May 18, there have been 1263 recorded COVID-19 cases in Fresno County, according to the Fresno County Department of Public Health. This marks an increase of 699 cases, or about 124% since Goldsmith’s May 1 livestream. There have been 17 deaths, up from the six documented in the livestream. 383 have recovered, and 157 have been hospitalized.

According to Pomaville, testing sites are distributed based on need. Preference was given to low income communities, existing access to testing, population diversity, and percent of high risk groups in population, such as people over the age of 65 and with preexisting conditions.

“We have definitely seen a higher threat associated with the elderly in our community,” Pomaville said. However, he said that no one is immune and younger individuals have become very ill.

Testing sites are open Monday through Friday, from 7 a.m. to 7 p.m. The testing site is located in the FCC gymnasium, accessible on the College and Weldon avenue side, marked by orange cones and signage.