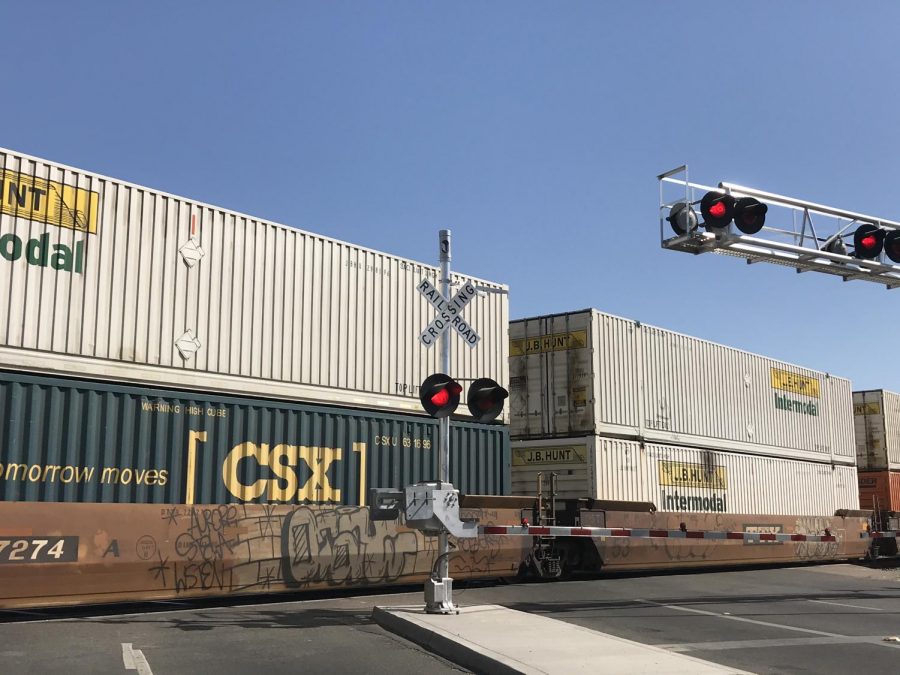 A BNSF train sits idle on the crossing at McKinley Avenue following a fatal collision with a pedestrian on Friday, Oct. 2019.

A pedestrian was struck by a train at the railroad crossing near the intersection of Blackstone and McKinley Avenues just after noon on Friday, Oct. 18, 2019.

Several intersections along the tracks are blocked, as the investigation is ongoing.

Police do not believe the man was a student at Fresno City College.

The pedestrian was transported to Community Regional Medical Center with critical injuries, Fresno Police Sgt. Brendan Rhames said at the scene. The victim was pronounced dead at the hospital.

State Center Community College District Police at FCC released an alert at 12:05 p.m. informing students of a traffic delay for both east and westbound flows of traffic on McKinley Avenue. They are unsure how long the delay will last.

This story is developing and will be updated as more information becomes available.