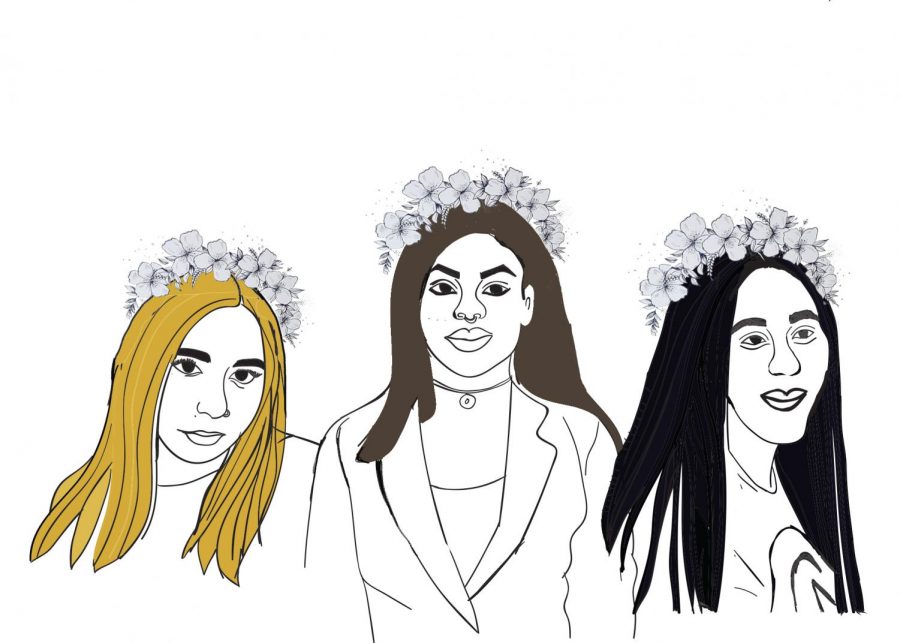 I Wish I Could Have Trusted You, by Tamika Rey
I sat there and watched her suffer from involuntary facial tics, while her eyes were wide open and glazed over because they had been open for so long without blinking.

The family had decided to remove her from life support because after suffering from a heart attack, she was clinically brain dead after losing oxygen for 30 minutes.

The room smelled horrid. She had had her last bowel movement.

As they removed the breathing tube, she began to gag and gasp for air. I should have been hysterical in tears, this was my mom after all.

Throughout my childhood it hadn’t really occurred to me how much abuse I had sustained. It wasn’t until I started attending therapy that all of the memories and emotions that I had suppressed resurfaced and manifested themselves in the form of rage and perpetual sadness.

My clinician attributed my gaps of memory to either head trauma or a defense mechanism and diagnosed me with PTSD as a result of childhood trauma.

Trauma like waking up in the middle of the night, on a hardwood floor in a strange house, naked from the waist down, with only a sheet to cover my six or seven-year-old body.

Mommy where are my pants?

Don’t worry go back to sleep.

She didn’t break a sweat when it came to prostituting her child for drug money in a trap house.

But it wasn’t just other people that she allowed to abuse me. I can now remember a game of shadow puppets getting darker than the room we played in.

The room was only big enough to hold a full size bed in a corner with about two feet around the two exposed sides of the bed.

Their shadows kissed. Then she gestured for our hands bunnies to kiss.

Then she told me to kiss her like they do in the movies. I don’t remember much after that.

I watched as my brothers yelped in pain in anticipation of her impending death, and yet I felt nothing. I had spent so long hating her, I couldn’t feel pain for her.

I did however feel guilt for hating her. So I forgave her. For whatever it was worth, she was my biological mom and although she was the origin of the majority of pain throughout my life, I had forgiven her.

I left before she took her final breath. I had an assignment due in my journalism class after all and I had to meet my deadline, so to speak.

A few days later I got an email from a cremation company for me to OK the burning of her corpse. I wasn’t reluctant.

It made me feel resentful however, to have to be included in the desecration of her body, after life. Why did they need my signature? Why wouldn’t they just leave me alone with her already?

Apparently it was protocol. As a living child of hers I had to give written permission.

I felt like she had gotten away with everything she had done to me, and she enjoyed every moment of it. All of my innocence she had destroyed.

I find solace to know, that her ashes will be spread in the San Francisco Bay, the city where I was born. I don’t think she’s visited since my birth.

Seeing her in such a vulnerable state, helped me to release all of the hate that I held. Her ashes being spread where it all most likely began, gave me my much needed closure.

If you have ever been a victim of sexual abuse, sexual assault or sexual exploitation, you are not alone. Whenever you gather the strength to tell, that is the right time to tell.

Whether you forgive these monsters or not, is up to you. But healing begins with therapy, and putting self-love first.
An Open Letter to My Rapist, by Anjanae Freitas
The original letter I wrote you was sealed.
I feared writing to you would cause me to relive the trauma, so I quickly burned it.

Before the abuse, I use to have many afters.
After thanksgiving
After school
After dinner
After laughing.

Now, my life is split into the before and the one, single after.
Before the rape and after the rape.

I am constantly swallowing the lumps at the back of my throat, because seeing you is like sea sickness.
I lose the sense of balance and equilibrium.
My brain receives conflicting messages about motion and your body’s position in my space.
Muscles tightening, teeth clenching together, hands clamping, a hot flush runs through my face, down through every part of my body.

Across the room every holiday, I fight every urge that comes up to silence you.
Ruminating your Axel smell and your superior voice.
Narrowing my attention at the dinner table, because ultimately these impulsive urges always result in my own self-destruction.
Incompetent, breathless, palpitations, urge to scream at the top of my lungs, yet it still feels like sleep paralysis.

Perhaps this letter is not seeking your apology because I do not think there is a card that can erase the PTSD.
I’ve learned that blood is not thicker than water.
And I do not think being related to me excuses your behavior.
In fact, it makes it worse.

For so long, I put your abuse into locked boxes with broken keys.
I write you the new letter to tell you those boxes have been locked again for my own protection.
I do not want to be a victim, I do not want to be a survivor.
I do not want to be anything that reminds me you have taken parts of me that I cannot get back.
To the Quiet Girls, by Toni Woodruff
My mother once told me, “Don’t let love blind you from what you deserve.”

That night daddy’s fist sank into her cheek bone like quicksand, she was blind.
She let her cries for help crawl back into her throat like a scared kitten, fearing his power would triumph her confession, she was blind.
When she made up stories and drowned in the lies to cover her broken bones, she was blind.

The fear of never being enough for him fueled our lives,
Don’t ask too many questions or talk too much, he’s had a long day at work,
Let him speak to you when he’s ready,
Always have a beer the way he likes it awaiting his arrival on the table,

Everyday became an opportunity to earn his grace,
Silent submission,
But that’s not my mission.