‘Lies My Teacher Told Me’ James Loewen Speaks at FCC 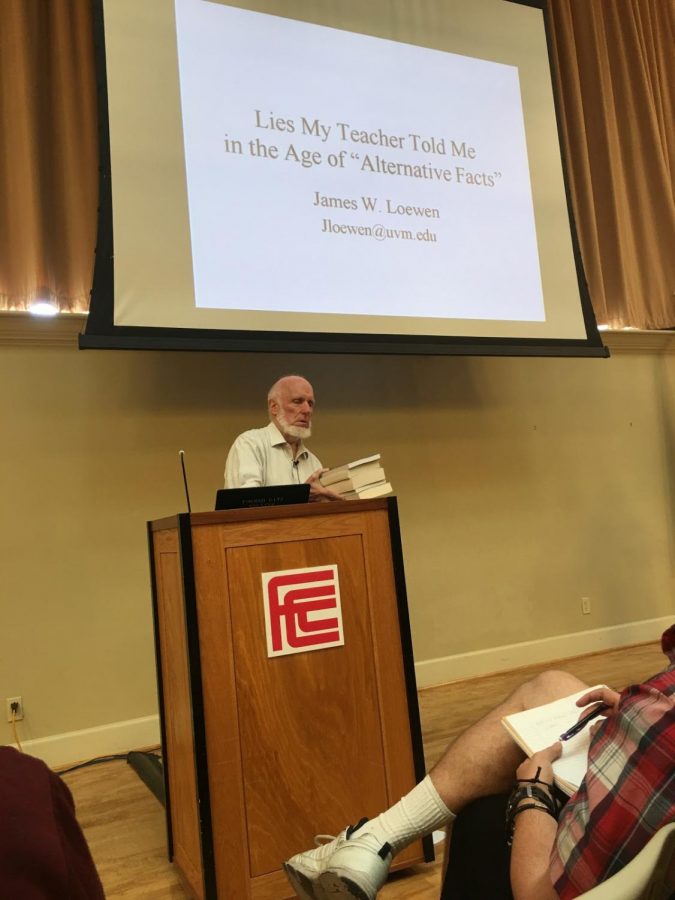 James Loewen preparing to give a lecture at Fresno City College on Thursday, October 4 2018.

History professor and sociologist, James Loewen told a Fresno City College audience Thursday, Oct. 4 that the history that most American students are taught is distorted and leaves out the contributions of women and minority groups.

“What happened to me was an ah-ha experience but really it should have been called an oh-no experience,” Loewen said.

Lowen is most known for his textbook “Lies My Teacher Told Me” in which he studies the bias of history textbooks. He realized this was a problem during his tenure at Tougaloo College, an all-black college in Mississippi when his class of all African Americans believed that the continued oppression of blacks during the Reconstruction is due to their inability to govern themselves.

“I watched as black teachers taught all black students white supremacists history because they only taught what was in the book,” said Loewen about his experience travelling to high schools to observe the material being taught in history classes.

Michael Eissigner, Ph.D., now a professor at Fresno State, said he was compelled to reach out to Loewen after he read one of Loewen’s earlier books. “It’s not that it’s wrong, there’s just a load of stuff that gets left out,” said Eissinger about the current state of history textbooks before the college level.

“Truth can also be a weapon,” said Jessica Mast-Foss, director of Pink House, “I think truth equips young people to do that work of justice in the present in very powerful ways.”

Mast-Foss, formerly a history teacher says she was always “uncomfortable because I knew there was more going on than what we are encountering in the textbook and there’s more going on than I personally can research and I want to equip my students with the truth but its hard when you look at what’s surrounding us and base our truths on that.”

FCC student Rebecca Thomason, who has dreams of being a teacher one day also attended the lecture. “As teachers we are building up the mindsets of children and it’s important to build them up on what is actually true, concrete truths.”