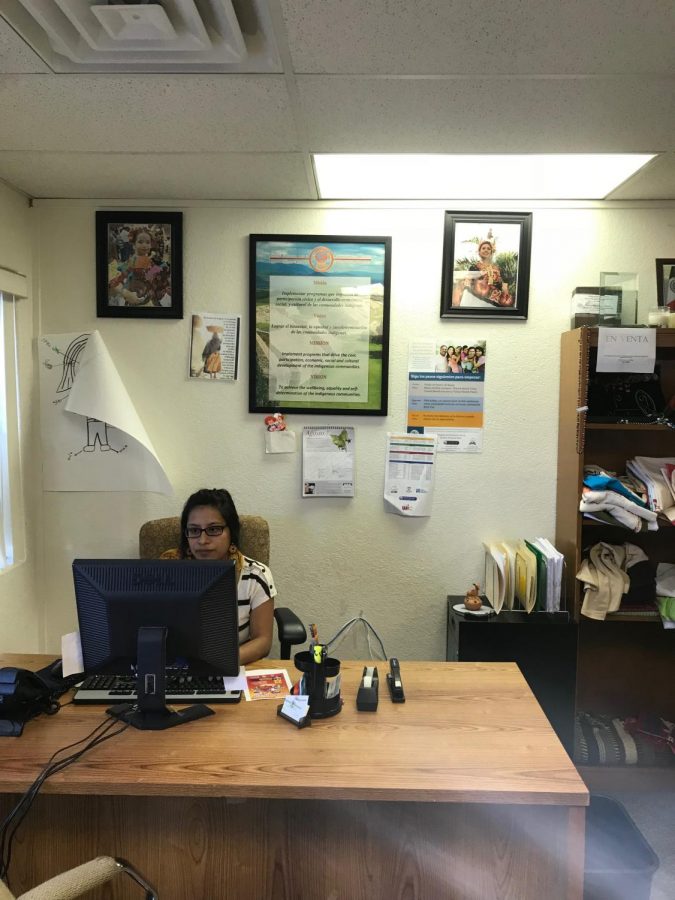 The Binational Center for the Development of Oaxacan Indigenous Communities (Centro Binacional Para el Desarollo Inidigena Oaxaqueño) located near the corner of Abby and Harvey streets, is working to connect indigenous Oaxacan communities to educational, political, and cultural resources.

The CBDIO was established as an official 501c non profit in 1993 in Livingston, California by the Frente Indigena de Organizaciones Binacionales, an organization based out of Juxtlahuaca, Oaxaca, Mexico which works to protect and advocate for the Oaxacan community.

“They saw that need of having something more, where people could come in if they had a question,” Yenedit Valencia, executive assistant and fund developer, said. “I received this letter what does this mean? How do I apply for medical or how do I get healthcare access?”

The CBDIO serves as a liaison between the indigenous communities, and the larger societal institutions such as schools, doctors and places of employment.

Valencia says language is a huge barrier in accessing proper resources. The state of Oaxaca is composed of several indigenous communities and commonly spoken languages such as Mixteco, Triqui, or Zapoteco, can vary from region to region.

The CBDIO works with community members and service providers to ensure the proper translators are provided, so that the information is disseminated effectively, and they’re not left vulnerable.

“A lot of times the community member will be like, ‘I need an interpreter. I feel comfortable in Mixteco, Zapoteco, or Triqui,’ but the social worker will be like, “nope, you’re fine; you’re not getting an interpreter’,” Valencia said. “When they go to these different institutions, folks assume they speak Spanish, and so they provide all the information in Spanish.”

The CBDIO also offers immigration assistance. They screen applicants and help them fill out their citizenship and fee waiver applications at no cost. They also educate undocumented community members on their rights regarding police, and ICE interactions.

Valencia says the CBDIO is unique in the way it invests in its own community.

“We provide opportunities for folks who never attended school to supervise projects,”she said. “I think that creates a lot of empowerment for a lot of the folks here that never went to school but they’re still able to do all these things.”

Valencia’s life was transformed through her involvement with the CBDIO. Her friend convinced her to come to a youth group that met at the CBDIO while she was in college. She says she began to embrace her culture, and identity through the youth group.

“It gave me that sense of identity; I reconnected and started asking my mom all sorts of questions about what we do in our town,” Valencia said. “That empowered me so much, to where when somebody used a negative term for people from Oaxaca, I no longer was scared or ashamed.”