Photo of an ASG meeting from the Rampage Archive.

Just one day after the release of a Rampage story concerning the violations of Brown Act in the Associated Student Government, Carole Goldsmith, president of Fresno City College, informed Christopher Washington, ASG president, that the student government will be attending a two-hour workshop, focusing on Brown Act and responsibilities of student government officers. 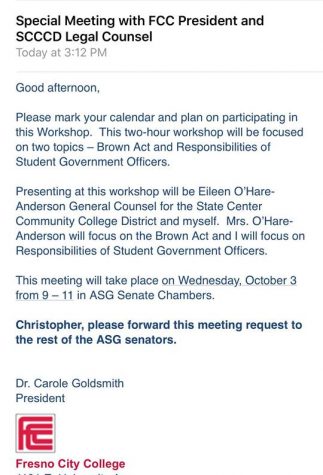 The workshop will be led by Eileen O’Hare-Anderson, general counsel for the State Center Community College District and Goldsmith herself.