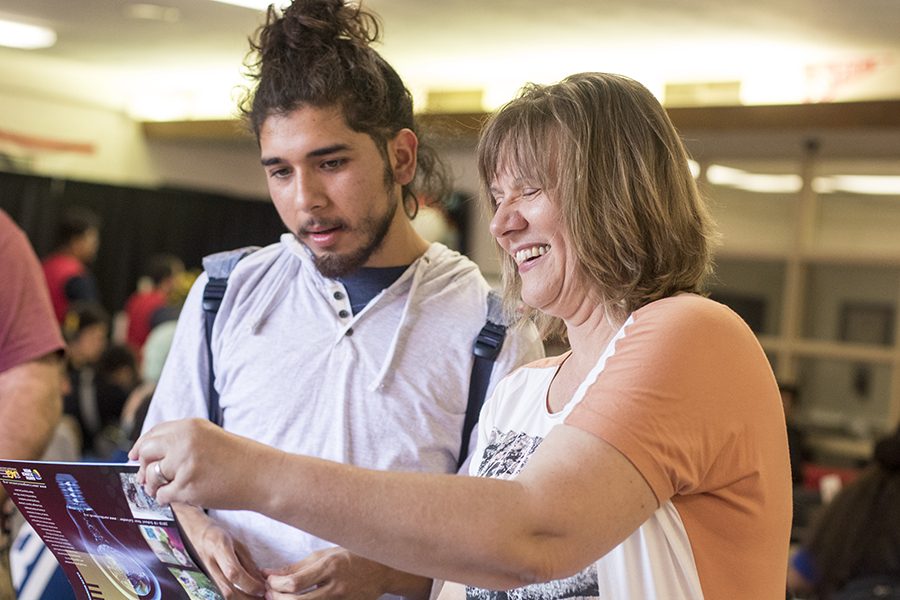 Martin said the goal of the event was to bring students in, make them feel appreciated and allow them to engage on academic and social levels.

“It makes me feel like the school cares about me personally,” said Reina Duarte, FCC student. Another student, Afro Byrd, said the goal was accomplished.

Duarte said he also enjoyed the variety of clubs that were recruiting at the open house and that she signed up for the Bonzai Club because of her deep fascination with Bonzai trees.

But Bonzai Club wasn’t the only group out at the Open House. Several clubs and FCC departments had booths, such as History Club, Disabled Students Program and Services, engineering, and geology.

The geology booth was being ran by FCC instructor of geological sciences Alexandra Priewish. Priewish stated that she’s looking to recreate the Geology Club on campus and ignite the interest in geological and earth studies so students can better understand the environment, the earth they live on, and the world around them.

College Center Assistant Maile Martin said that the team at the activities center is hoping, if the students want, to have FCC’s second open house next semester.