Student Trustee — Determined to Soldier On, Despite Immigration Status 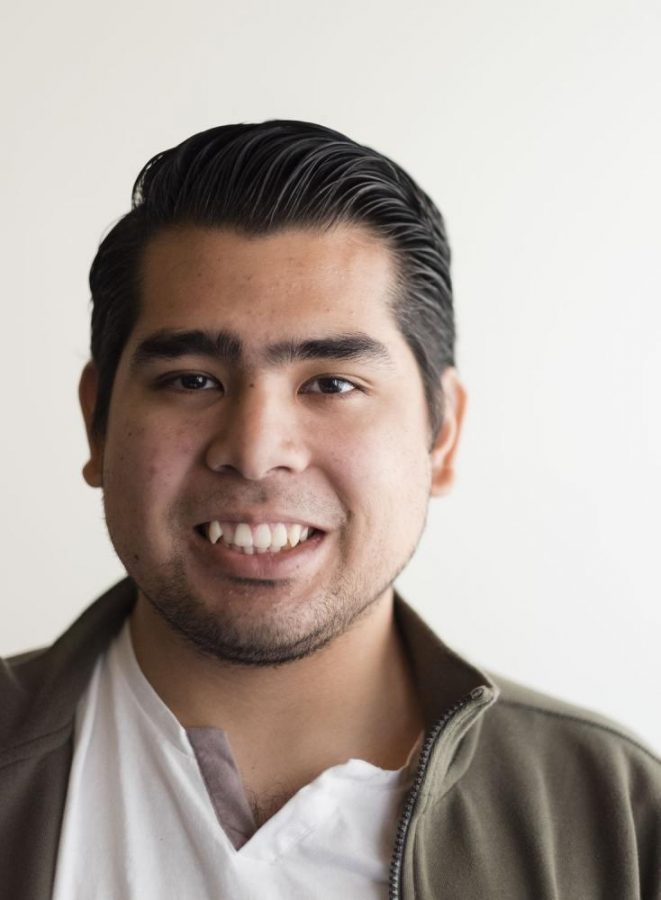 Flavio Arechiga, 20, is a soft-spoken economics major in his fifth semester at Fresno City College. Recently sworn in as the student trustee for FCC, he can be found playing Pokémon and collecting board games in his spare time.

Behind Arechiga’s unassuming demeanor, however, is a passion for success and helping others.

Besides representing students in the entire district, Arechiga is also the president of Students Without Borders, a club aimed at helping undocumented students attend college. He kickstarted it after the club’s yearlong hiatus in 2015.

He’s also a co-chair for MEChA and treasurer for the newly-formed International Students Club.

Arechiga said he knows well the struggle of being in a new country and wants to help students like himself.

He is one of the district’s more than 1,200 undocumented students– something he is open about in hopes of inspiring others to come out of the shadows.

Arechiga received a scholarship the during the ribbon cutting ceremony of the newly relocated Dream Center on Sept. 21.

“I feel like a lot of undocumented students are afraid to do stuff around school,” he said. “I just want to [set] an example that they shouldn’t be afraid.”

Born in the state of Sinaloa in Mexico, Arechiga grew up in Mexicali, the capital of Baja California. When he was 10, his family moved permanently to Fresno. Arechiga began learning English in the fifth grade, and he said with some extra help from his teachers, he became fluent in about a year.

“There were a lot of Spanish speaking people at the place I went to school in Sanger, so it was kind of easy to get adapted to it there,” he said. “I got really lucky. By seventh grade I was taking honors classes, and ever since then, I’ve taken honors and AP [classes].”

He said he’s lucky to live in California, where it’s been fairly easy to attend school. “We have the DREAM Act, we have financial aid, we get scholarships, and if you qualify as an AB540 student, you pay resident tuition.”

But Arechiga’s life isn’t without its obstacles.

Arechiga arrived in the U.S. in August 2007, two months after the deadline to qualify for the Deferred Action for Childhood Arrivals program, which would have given him the right to legally work. “It was by a couple months,” he chuckled. “I missed it.”

Arechiga, who has two younger brothers who are citizens, says his parents are supportive of his dreams.

“My mom works cleaning houses, and my dad works construction, so they have pretty hard jobs,” he said. “I do go out and help them whenever I can, but they also want me to concentrate on school activities.”

Arechiga says he wants to finish school quickly, and he feels like the more he is involved, the more he’ll get out of it.

After the spring semester, Arechiga will be off to UC Davis.

In 10 years, he sees himself working for the Federal Reserve. “I want to help make the economy better,” he said. “I need to study a lot more to know exactly how I’m going to do it.”