FCC Police and Fire Cadets March In Remembrance of 9/11 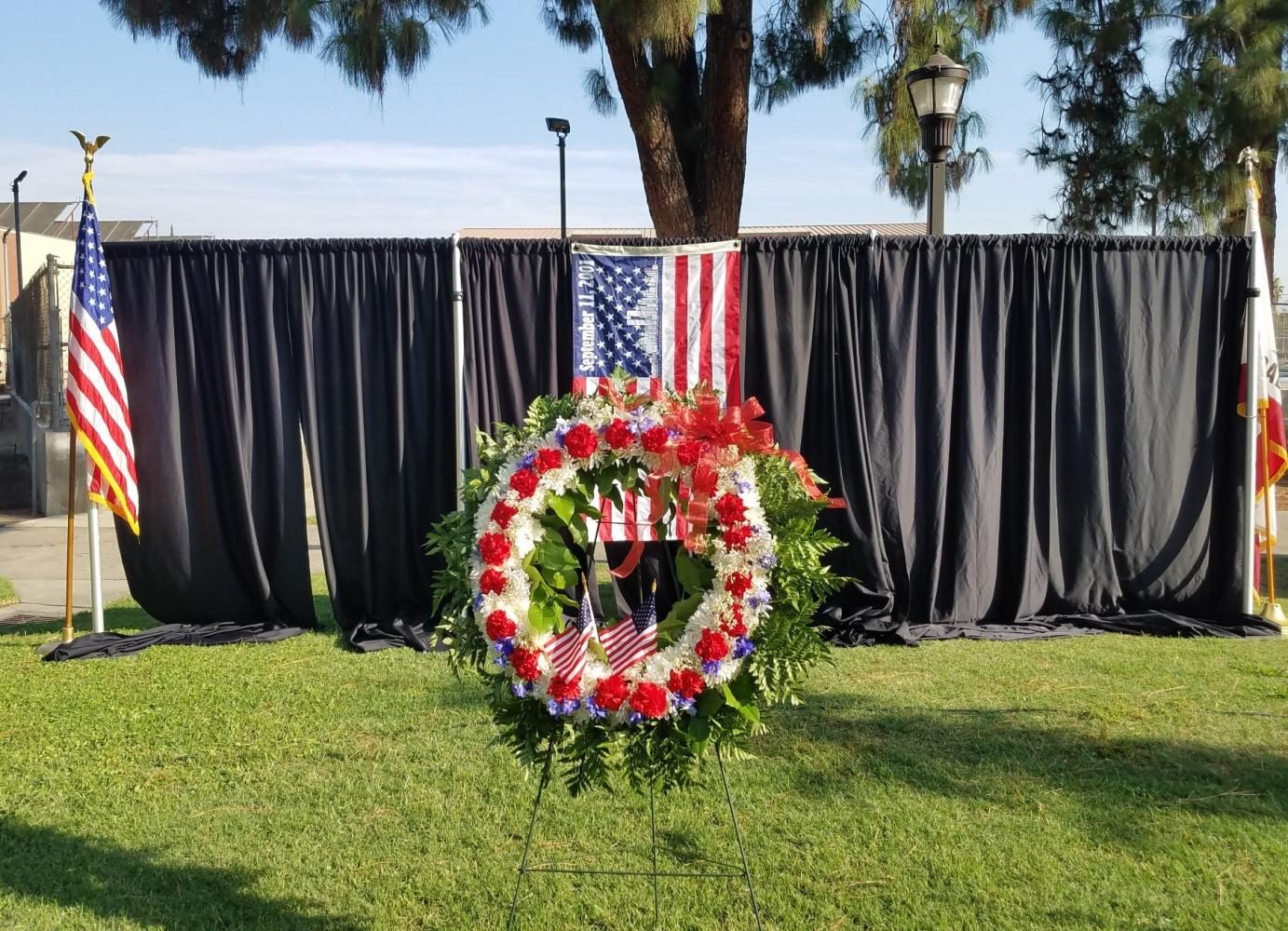 FCC honors the victims of 9/11 with a plaque dedication and march through campus on Sept. 9, 2017.

Police and Fire Cadets marched on the Fresno City College campus on the morning of the 16th anniversary of the Sept. 11 attacks in remembrance of the victims.

The short remembrance program involved cadets marching from the Main Fountain area to the 9/11 tree site and was followed by a quiet ceremony during which a plaque from the Veterans Peace Memorial Committee was presented.

“I was preparing to go to work that morning and my son came in and told me a plane hit a building in New York City,” Geary Baxter, interim coordinator for fire technology, recalled his memory of when the first plane hit the World Trade Center. “So I got out of the shower and watched the second plane hit, and I knew we were at war.”

Baxter was followed by Thomas Cope, Battalion Chief of the Fresno Fire Department.

Before reflecting on where he was during the attacks, Cope acknowledged that he received his Firefighter 1 certification from Chabot College before being hired by the City of Fresno in 1996.

He had risen in the ranks and four and a half years later was promoted to captain on Sept. 4, 2001, exactly one week before the attacks.

“I was home in bed, and my wife and son were about to enter Legoland in Southern California,” Cope said. “And Legoland was closed because of the attacks, which, for a 4-year-old, was quite traumatic.”

Cope recounted that after receiving a call from his wife that morning, he headed down to Station 9 near Fresno City College and spent time with his crew.

Cope lamented that he felt inadequate with only four and a half years on the job when the attacks occurred.

“Back then, I recall how the public showered us with praise and gratitude, which at the time, I didn’t really feel like I deserved personally because of my inexperience,” Cope said.

Towards the end of his speech, Cope honored the 2,996 people who died during the attacks, emphasizing the 343 victims who were from public safety.

The short event concluded with audio samples from the New York City Fire Department’s dispatch during the attacks playing through the speakers followed by a moment of silence before the cadets laid the memorial wreath and marched away.