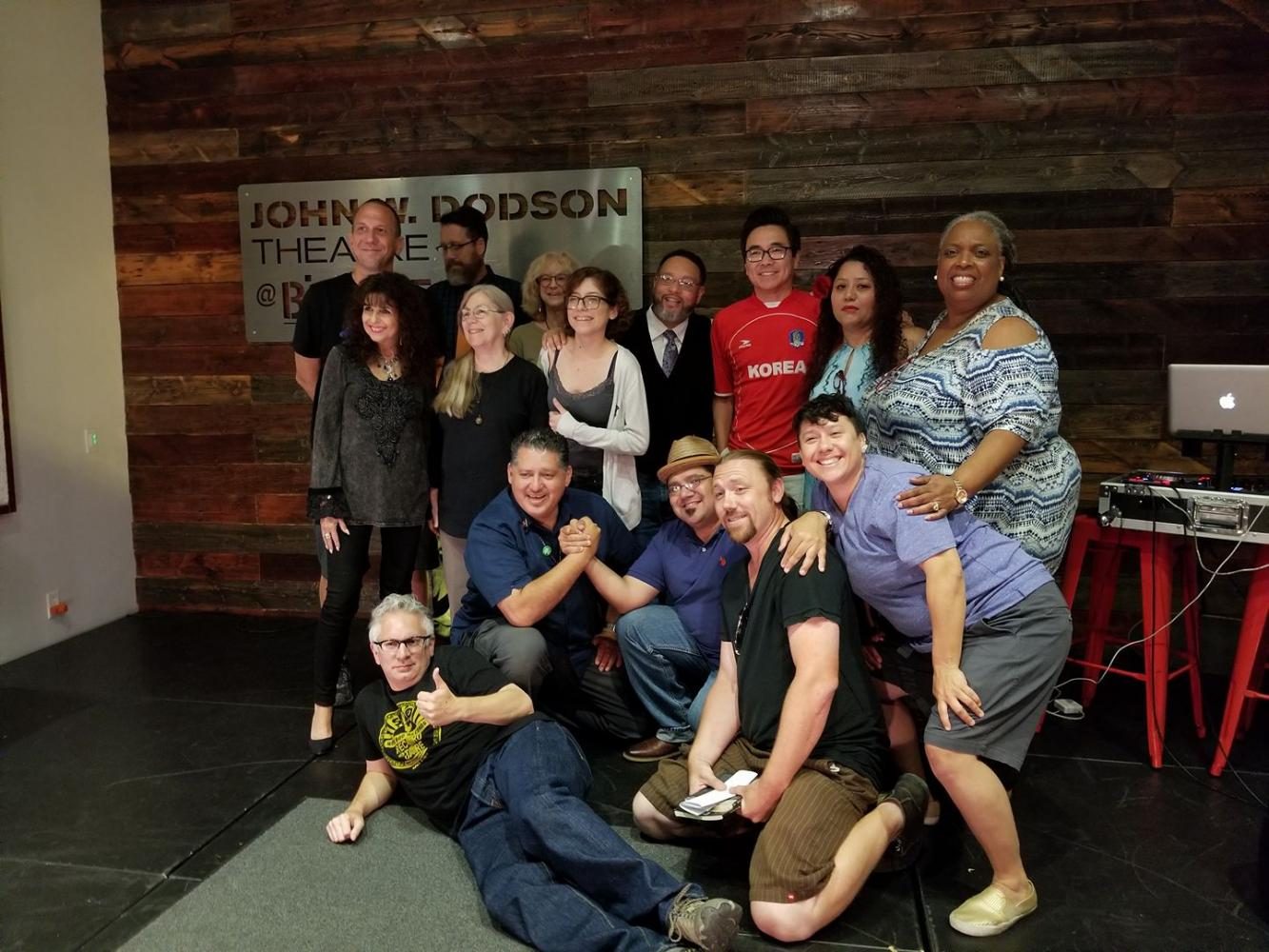 “Being a biracial man of color, and seeing the events that transpired in Virginia on TV,” Medina said, “I felt in my heart that I, as the poet laureate, had no choice but to address the issue at hand.”

Medina coordinated with Tanish Brantly, director of operations and Irma Olguin Jr., CEO of BitWise to organize a reading with several local authors.

“I was proud to read at the ‘Words Against Hate’ event,” Herrick said. “Poetry can illuminate the human condition and increase compassion and understanding.”

The event went off without a hitch, for the most part. After Nicholas Belardes’ performance an altercation unfolded in the back of the room that brought the performances to a brief halt.

Belardes allegedly attempted to swat a phone out of the hand of Ben Bergquam, a documenter and Trump supporter who attended the event sporting a “Make America Great Again” hat.

Bergquam said he attended the event to ensure that “Words Against Hate” were not only directed at the conservative right.

“I engage with those that disagree with me, sometimes provocatively,” Bergquam said. “I want there to be an understanding.”

The altercation was quickly stopped by event organizers as well as audience members who wanted the night to continue as originally planned.

“Though things like that sometimes happen when you talk about hot button topics such as race and bigotry,” Medina said, “we strived for a peaceful reading and did just that.”

The night continued without further interruptions, though many of the poets’ words seemed to be directed at Bergquam following the incident.

Some were words that that told Bergquam that while his presence was not requested, he was still welcomed.

Other poets made it clear that Bergquam was the opposition and that they did not share the same views on President Trump.

Aideed Medina, a Latina poet renowned throughout the valley’s poetry scene nearly burst into tears after her performance addressing Bergquam.

“It seemed to me that it was only against hatred on the right,” Bergquam said following the slam. He denounced any and all hateful rhetoric and claimed he is just a Christian conservative who happens to support the president.

He also deemed groups like La Raza, ANTIFA and Black Lives Matter as hate groups that are “just as bad as the KKK.”

As far as the art performed that night, Bergquam had no complaints.

“I’m not a big poetry guy, but some of it I really enjoyed,” he said.

Fresno’s poets delivered on their promise to read what they felt were words against hate and captivated a large and diverse audience while doing so.

“I believe it shows our diverse community and that writers have heart,”Medina said.

“More importantly, it follows the great Fresno writing tradition of past poets that spoke out during times of crisis.”

Medina said his overall goal was accomplished at the slam, despite the minor hiccups.

“When we share our stories with one another,” he said, “we can help clear the disinformation and start building a better path towards leaving hate and discrimination behind.”