After almost two semesters without student trustee representation on the board of trustees, Fresno City College has officially elected a student to represent its student body.

Kaura Lopez was sworn in as student trustee on April 4 during the meeting of the board of trustees of the State Center Community College District.

Lopez will now officially hold the title after months of debating her legitimacy on the board.

Lopez said she hopes to help begin a dialogue to better support the deaf and hard of hearing students at Fresno City College.

Lopez said she has been “working with senators and special programs” to start the conversation on getting full time interpreters for the deaf or hard of hearing program. “I would like to see it done by the end of the semester,” she said.

The issue of student trustee is still up in the air for next semester as there is no student running  for that post in the upcoming general election.

Lopez will be running as president pro-tempore in the upcoming general election, leaving no one to run for student trustee.

In addition to no students running for trustee, the candidates for president and president pro-tempore are running unopposed in the upcoming election.

Voting will take place from April 25 to April 27 and will be handled through student email.

Brandon McLaughlin, ASG legislative vice president and the only candidate for president says that it’s pretty upsetting to have no one running against him in the upcoming election.

“I’m not happy running unopposed,” McLaughlin says. “ I wish more people would be interested in the position because we want people to participate in this. Because if no one participates then how are we representing the students here?”

McLaughlin explained that students can still run in the upcoming election even though the window to accept applications has closed.

“There is a special scenario,” he said. “The requirements are that a person gets 150 votes and gets more than the opponent they are running against in the election.” 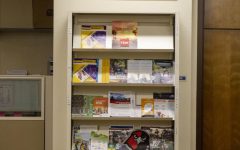 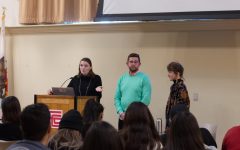 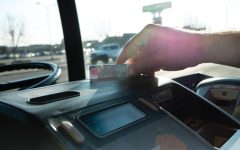