Monica Lopez and her daughter, Ruby, look onto the crowd of protesters at Fresno City Hall for the “Sanctuary for All Solidarity March” that went through downtown Fresno on Saturday, Feb. 18, 2017.

Members of the Associated Student Government voted on Tuesday to rebrand Fresno City College a “safe campus” for all students, including undocumented students.

The board of trustees of the State Center Community College District had voted 6-0 on Dec. 13, 2016 to not use the title of “sanctuary campus” but to still protect undocumented students.

However, ASG members tackled the question of whether FCC should declare itself a sanctuary campus and risk losing federal aid for all students.

The ASG discussed possible solutions and weigh their possible consequences.

FCC could declare itself a sanctuary campus and risk bringing unwanted attention from the federal government, including losing all federal financial aid.

In numerous statements, President Trump has threatened to remove federal funds from states and organizations who would refuse to support immigration enforcement.

If this were to happen, any students dependent on the Free Application for Federal Student Aid, or FAFSA, would have to either pay out of pocket or rely on limited scholarships.

The campus could choose to take on all the obligations of a sanctuary campus without taking the title and therefore mitigate the risk of affecting low-income students.

This would mean any agent from the Immigration and Customs Enforcement without a warrant would be turned away and would receive no help from any staff on campus.

The last alternative for ASG was to choose not to support undocumented students whatsoever.

A decision not to support undocumented students would mean ICE agents could potentially enter campus.

Special programs senator, Matthew Crisp, said agents would come after students, whether FCC adopted the name or not.

Crisp was the only board member in favor of FCC taking the name of sanctuary campus in order to make a statement that the campus would not be intimidated into hiding its principles.

Fellow board members did not believe the statement justified risking the welfare of students dependent on federal aid.

Social Science/District-wide Senator Wyconda Hopkins said, “When we put titles on things, it puts us in a box that we can not get out of.”

Hopkins then moved to use a different title rather than sanctuary while still holding the principles of a sanctuary campus. 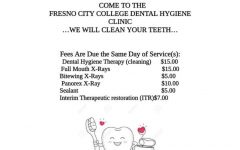 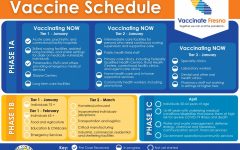 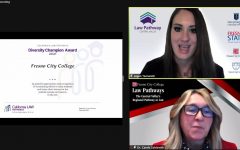 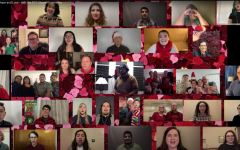 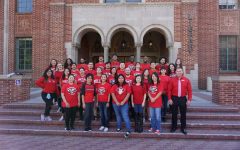 Behind the Scenes of Fresno City College’s Student Activities