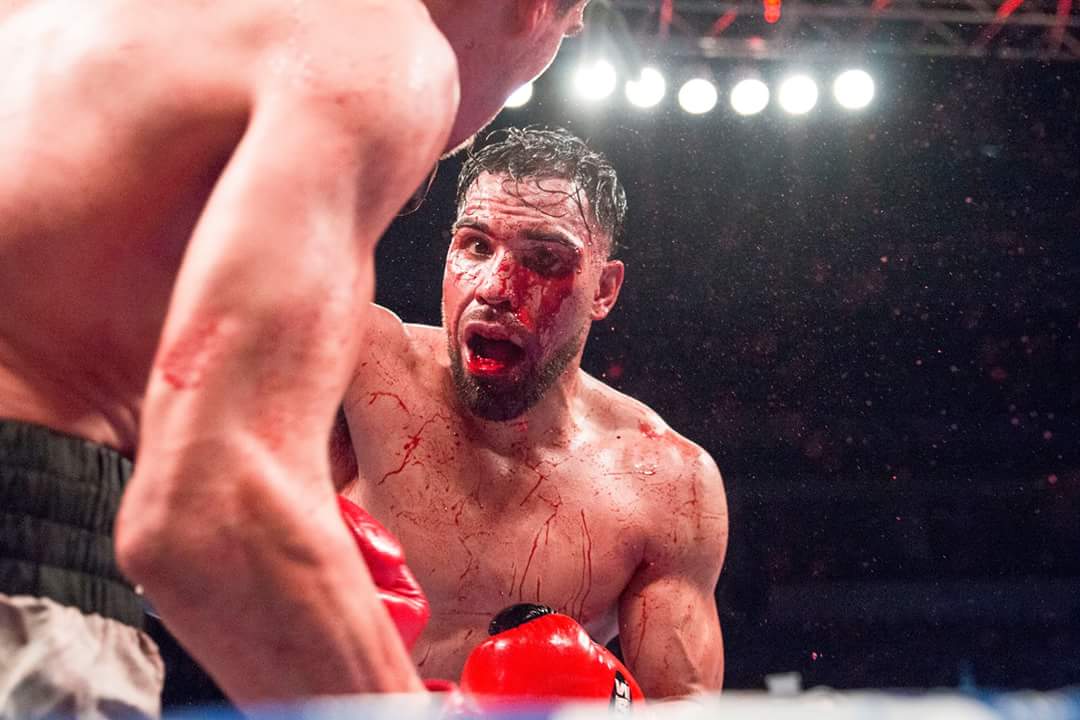 Rampage photographer Larry Valenzuela took first place in the sports action photo competition during the Journalism Association of Community Colleges awards banquet on April 1, 2017. The photo was taken on December 2, 2016 during a boxing match in Fresno, California.

Rampage editors and staff won several awards at the the 62nd annual Journalism Association of Community Colleges State Convention in Sacramento, from March 30 through April 1.

The first set of awards, from items mailed in at the end of last semester, were in reporting, layout design, videography, editorial cartooning, photography and magazine journalism.

The Rampage placed third for front page layout with work done by layout editor Lukas Newcomb. Cityzine, a publication of the Rampage which debuted in fall 2016, won a general excellence award.

Former editor-in-chief Cresencio Rodriguez Delgado won third place for feature writing and an honorable mention for video. “I think it’s such a privilege to be awarded for work that I have done for the Rampage even after I am gone,” Rodriguez Delgado said. “It’s a reflection on how competitive student journalism is.”

Opinion editor Frank Lopez placed first for his editorial cartoon and took fourth place in the on-the-spot critical review contest. Lopez said he enjoyed networking with future journalists and he was surprised to take home awards. “It was surreal,” said Lopez. “I didn’t expect to win first place.”

“Attending this conference opens students’ eyes to all the possibilities,” Dympna Ugwu-Oju, adviser to the Rampage, said. “They come back reinvigorated and more dedicated to their work.”