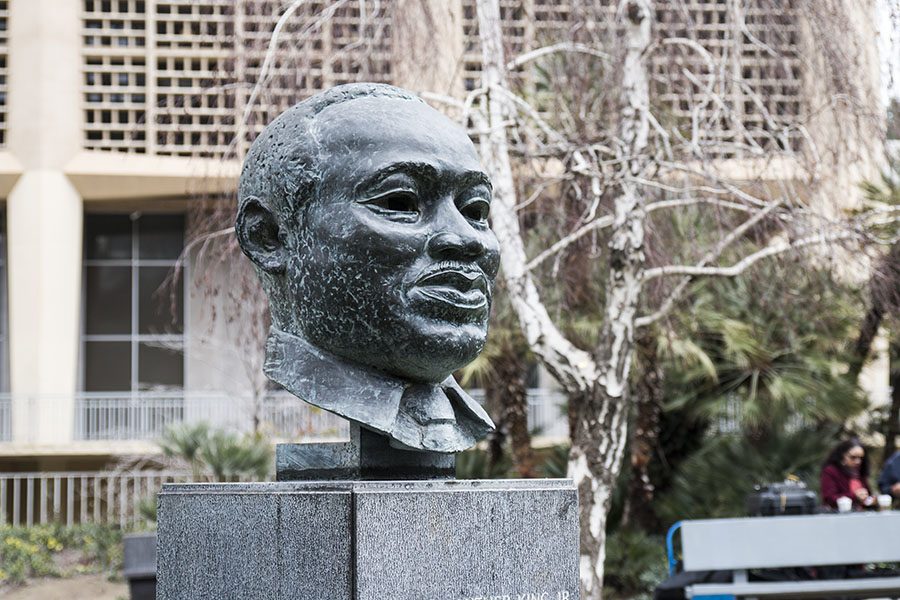 Despite blustery weather, dozens, including Fresno City College president, Carole Goldsmith, who spoke during the ceremony, gathered outside the Fresno County Courthouse on Jan. 13 to honor Martin Luther King Jr.

Goldsmith said King’s messages still hold cultural significance, even 54 years after his iconic “I Have a Dream” speech.

“Now more than ever, it’s important that we continue to dream,” she said, also calling on parents and educators to carry on the legacy of the civil rights leader.  “We need to teach youth by example, how to have civil discourse and push the status-quo,” she said.

Eric Payne, secretary of the board of trustees of the State Center Community College District who also attended, told the gathering that it is important to remember someone like King, who fought for social justice.

“We stand on the shoulders of giants,” Payne said. “(King) is an iconic leader whose vision has impacted multiple generations.”

The ceremony celebrated what would have been King’s 88th birthday. McLane High School choir sang and a dance troupe from King Elementary School performed in front of the Martin Luther King Jr. statue.  The dancers got others, such as Fresno Unified School board president Brooke Ashjian, to join in waving flags. Mayor Lee Brand also spoke briefly during the ceremony.

Goldsmith said King was not just a person she admired, but that he was more like a mentor. Payne said it was important to follow up to the dream and that King worked hard to ensure that “everyone would have a seat at the table.”