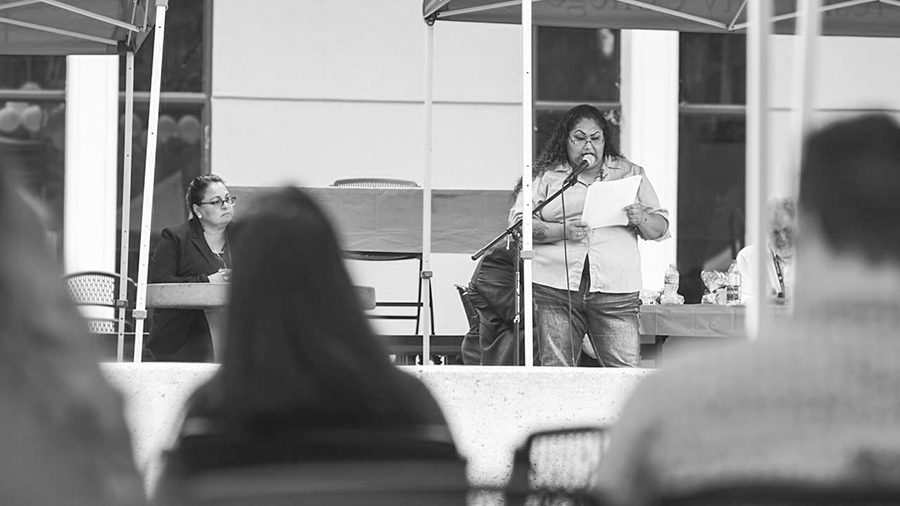 October was Domestic Violence awareness month, and was created to give support to victims. Active Minds put together an event to help those in need.

A number of booths provided information and services that can be used in the event of domestic violence. Such as Psychological services, Campus Community Connections, Marjaree Mason Center, West Care of California, and Stop the Violence Fresno.

Speakers also gave personal accounts of their experiences dealing with domestic violence to help and understanding to those in need.

Elizabeth Pichardo, a member of Active Minds, says the event was organized not only to bring awareness to domestic violence, but also to show all the resources available, as well as to open a safe discussion.

Pichardo says she also wants to bring a new perspective to domestic violence.

“Most people tend to think of the female victim, not realizing that there are many victims to domestic violence like the children, males or the transgender culture as well,” she said.  “They go through a lot of domestic violence people many not be fully aware of.”