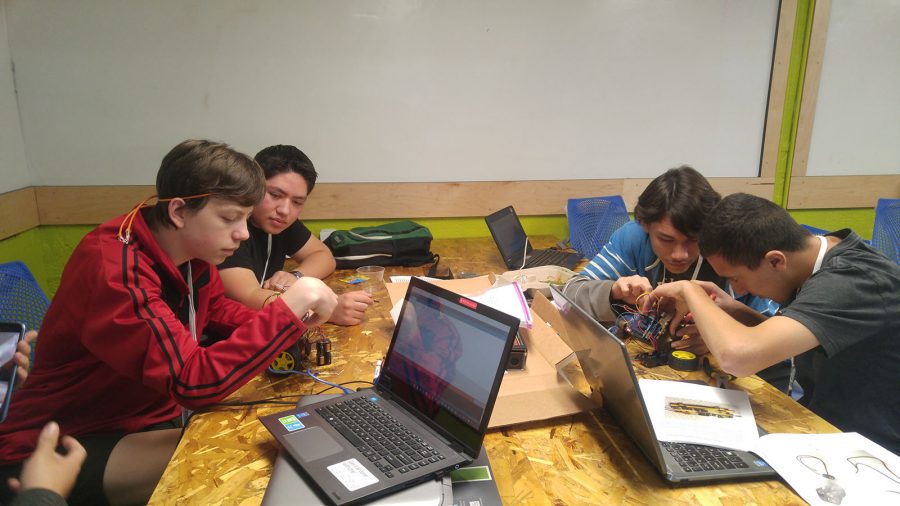 Hundreds of participants and several speakers from Google were part of the fourth annual ValleyDevFest, hosted by Bitwise South Stadium in downtown Fresno on Oct. 22. Fresno City College was a sponsor.

Filled with mostly high school students, the tech conference held about 30 different sessions throughout the day with an emphasis on the tech industry. Some participants built robots during the event and then battled for prizes at the end of the conference.

In her opening statement, Carole Goldsmith, president of FCC said the conference was very beneficial to the Fresno area. Goldsmith introduced Rio Waller, instructor of computer information and technology.

Waller, one of the organizers of ValleyDevFest, said this was the first year the event was held outside of the college.

“You get to hang out with people who are building stuff or want to build stuff like software, apps and websites,” Waller said. “They want to learn the newest stuff happening out of Google, so they can create awesome stuff using the really amazing tools that Google gives out.”

Waller said Google was one of the biggest sponsors and brought five speakers, including keynote speaker, Paul Bakaus. She said she was proud that every dollar from Google was matched by local sponsors.