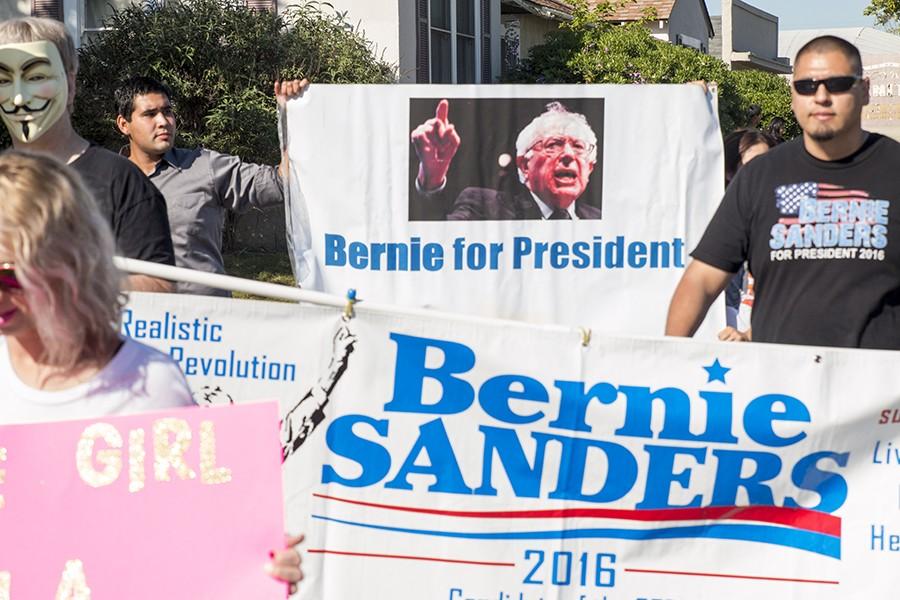 Supporters for the democratic presidential hopeful, Bernie Sanders, march through Tower District in Fresno on April 2, 2015.

Tower District came alive with enthusiasm as supporters of the 2016 presidential hopeful, Bernie Sanders took to the streets with their message of inclusion.

About 300 people marched on Olive Avenue on April 2, chanting support for the Independent senator from the state of Vermont.

“I think it’s amazing,” Yamina Roland, an organizer with “Fresno for Bernie” said.

“We’ve been working in this area for a really long time,” Roland said. “So it’s good to see so many people come out and support.”

Marchers gathered in a parking lot on Wishon Avenue before marching down Olive Avenue.

They chanted phrases like, “we can’t be bought”, “feel the bern” and “love trumps hate”, as they walked along the popular street, while drivers honked to show their own support.

“We’re going to make Bernie Sanders our next president,” Gil Pasual, a marcher, said. “We’ve got to feel the [bern].”