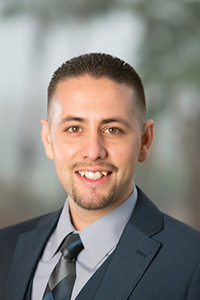 The new student equity coordinator at Fresno City College says he is entering his new position with a clear understanding of what the job entails — understanding students.

Ray Ramirez, who taught Chicano-Latino Studies and Folkloric Dance at the college for three years, said he is deeply invested in how he wants to impact students, particularly at a community college.

As a self-proclaimed “positive product of inequities”, Ramirez says he has lived the experience of the damage inequity can do to students.

“A lot of the stuff, it is sensitive; it is systematic; it is historical,” Ramirez said.

Ramirez said he was barely able to graduate from high school or from FCC, and that he witnessed the stark impact that equity can have on a young mind. It was much later, after he transferred to California State University, Fresno that he realized that he was truly lost in the higher education system and could do much better.

He told himself that he needed to make himself more accountable for his educational and professional future. With that new determination, Ramirez earned a bachelor’s degree in cultural anthropology and Chicano-Latin American studies and a master’s degree in education, specializing in higher education administration and leadership. It was only a matter of time before Ramirez would gravitate towards careers where he could positively apply his life experiences.

“When we speak to student inequities,” Ramirez said, “we are speaking to historical practices, socio historical oppressions that are impacting and affecting students today and people.”

As the FCC student equity coordinator, Ramirez now works with several bodies on campus, committees charged with the task of developing a plan that meets state standards for college equity and, ultimately, a plan to abolish the gaps of inequality and educational attainment.

Currently, he is waiting for the technical review committee’s update of the college’s proposed student equity plan. The plan was submitted to the board of trustees in November 2014 and then to the state chancellor’s office which provided some feedback which is now being integrated into the plan. Last year, the college had created a task force to develop this committee, drawn from various constituencies in the college.

Ramirez says that while the committee reviews the plan, it remains “fluid”, meaning it can change at any moment depending on what recommendations or issues may arise with it. He added that It is not something that is final.

“It is ongoing and we are always going to be updating this document as long as the funding is there,” Ramirez said. “It will be as final as it can be at that time to submit.”

The finalized plan is due at the state chancellor’s office on Dec. 18.

Ramirez says he is ready for the challenges of his new position, not only in the short term, but in the long term as well.

Ramirez says that by continuing to teach on campus and now heading a vital aspect of the largest learning institution in the district, he is able to stay connected to the learning environment.

“I’m very engaged in the learning environment,” Ramirez said. “So, the more I am engaged with that, the more it keeps my practitioner tools sharpened.”

On how he got the position, Ramirez said that his colleagues and friends reached out to him when the student equity coordinator job was advertised by the State Center Community College District.

“A vast amount of people contacted me,” Ramirez said. “I had people reaching out to me saying, ‘Ray, you have got to check out this position, it looks like it was specifically written for you.’”

He had to see for himself. Ramirez eventually gave the opening a look and realized not only did the job description appeal to him, the position was indeed calling for him, so he immediately applied last spring. Ramirez said, “It was right in line, parallel with my interest.”

Perhaps the most important information Ramirez wants the FCC community to understand is that the urgent matter of student equity is not a one-man job.

“Student equity is the responsibility of the institution, everyone,” he said. “The more people are informed, the more students are going to be positively impacted by the student equity plan.”