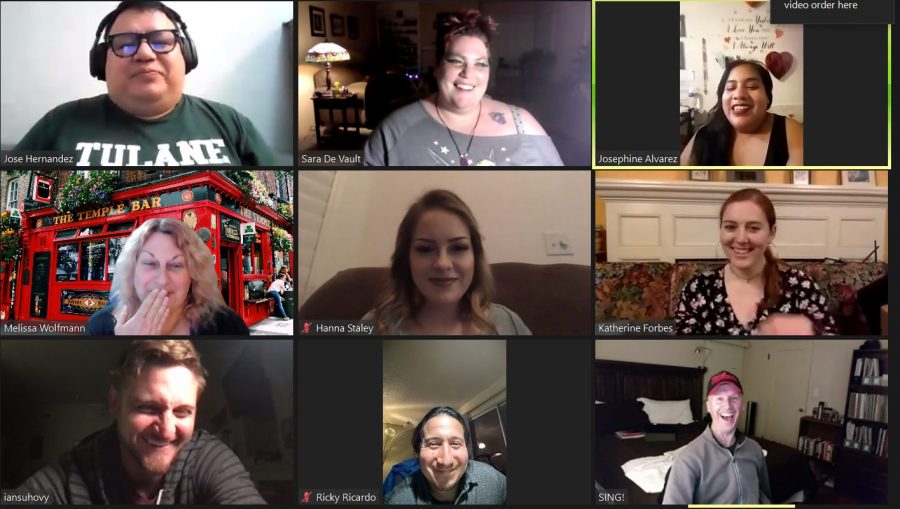 The opera program at Fresno City College is putting on a virtual concert for St. Patrick’s day in celebration of the holiday and the emotion of music.

The concert will take place at 7:30 p.m. today on FCC’s Fine Arts and Communications YouTube channel and Facebook.

The concert is a collection of Irish folk songs, pub songs and various other styles of Irish music, instead of the opera’s usual selection.

This is a yearly concert for the opera, with the previous year’s concert being the last in person concert before the campus shut down.

Melissa Wolfmann, adjunct professor of opera at FCC and director of the concert, believes that Irish folk songs are a good musical change of pace for most opera students.

“I think with folk songs, I mean it is with any culture, but especially with the Irish culture, is that it’s not just about the song and the notes, it’s about the emotion, the expression,” she said.

“This is such a different experience from other things that are offered in music classes,” he said. “Because with Irish music, it’s not about correct technique, which, of course, we’re stressing that, it’s about singing from your soul.”

The concert is prerecorded and was edited by Wolfmann, who already had prior editing experience.

Much like FCC’s choir, Wolfmann and her students said it’s been hard trying to do class and concerts virtually.

Kathrine Forbes, a voice major at FCC, admits there were some struggles when trying to record the videos for the concert.

“The more you work it, you run into a possibility of not being able to connect with the song as much as you would during a real performance,” she said.

While virtual opera has been challenging, Wolfmann hopes to incorporate some of the things she’s been using in her virtual classes and concerts when they go back in-person, such as inviting opera singers from other countries to perform in pre-recorded concerts.

Wolfmann and Kela say the opera program is very ready to move back to in-person instruction once it is safe to do so.

“Doing productions together choir, opera, these things are almost half a social experience, they are an artistic and musical experience. So when you take that part out, you feel like, your soul is being hurt a little bit,” Kela said.

The concert runtime will be 1 hour and 15 minutes and can be seen here.