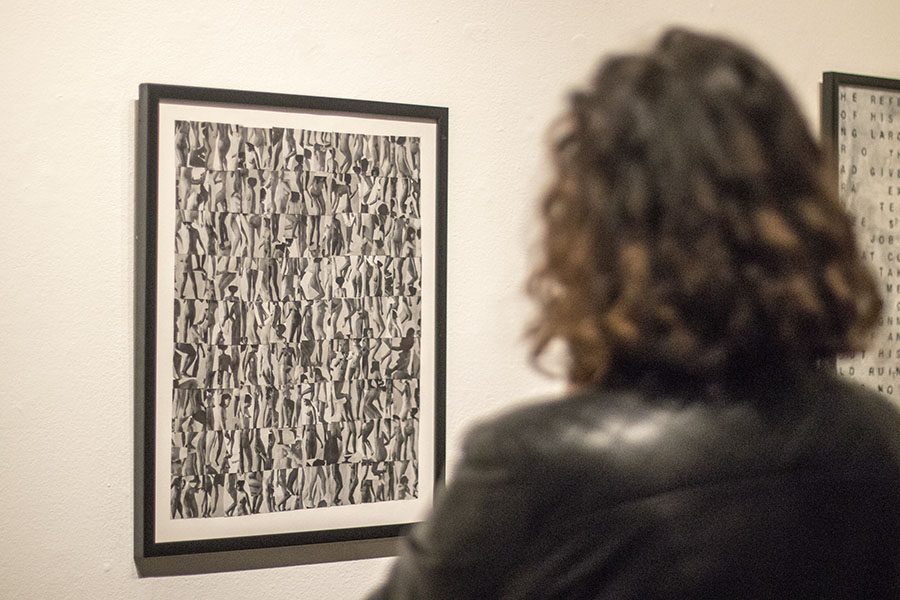 “Thickets,” a multi-disciplinary, intergenerational exhibit that brings together the work of six women, will be on display at Fresno City College’s Art Space Gallery from March 1 through April 6.

Elena Harvey Collins, Art Space Gallery curator, says a thicket is “an organic tangle of brushes and bush. It signifies a refuge or a hiding place.”

“Thickets” explores how artists can obscure information in their work, asking how can art hide, heal, and connect us?

“I’m thinking about a thicket as a network,” Collins said, “how you can make connections between artists working in different generations and in different media, and different kinds of feminism as well.”

“We’ve got older women artists who are established, who’ve been working for a long time and who are not from Fresno and then putting them with artists who are younger, but who have strong roots to the Fresno area,” said Collins.

The use of female artists, during Women’s History Month was intentional, according to Collins.

“In terms of the gallery, and in terms of my role here it [feminism] means making space where women’s voices can be heard,” said Collins.

African American liberation, history, and stories are explored through Tina Brewer’s quilts, while the consumption of the female body is exemplified in Winant’s collages. Winant uses female cutouts from magazines to create a grid-like collage in which one gesture is repeated.

Sorondo’s experience as a scholar and a woman in the food service industry, along with her relationship with her mother, and her interest in indigenous holistic medicine is tied to her installation titled “Work/Play.”

“I want them to see that there’s a magic or a wonderment in everyday life that is there if we just take the time,” says Sorondo.

The exhibit will be accompanied by two subsequent events.

Six X Ate: Thickets is a dinner series in which six artists are invited to present their work in relation to a theme. It will be held March 9, from 6 to 9 p.m. in the Art Space Gallery.

The Quesadilla Lab, a project spearheaded by Teresa Flores, will explore colonialism, class and culture boundaries, food justice, and California history through a recipe exchange and conversation space April 6 from noon to 2 p.m. in the Art Space Gallery.